The late actor's fans in Indonesia, paid tribute to him by playing a song from his film MS Dhoni: The Untold Story, on a giant screen in a park. 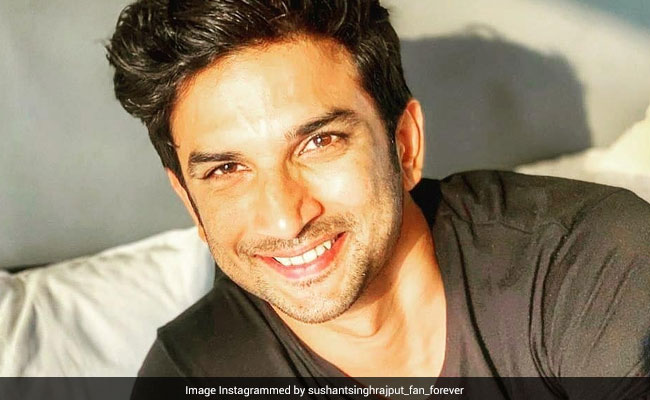 Bollywood and televisions stars, united by grief, poured their hearts out on social media after the death of actor Sushant Singh Rajput on Sunday. The Kai Po Che! actor died by suicide, police said. Mr Rajput was 34. However, it wasn't just the film fraternity that paid tribute to the late actor. Israel's foreign ministry, the International Space University (ISU) in France, also remembered the actor in their own ways. Recently, Sushant Singh Rajput's fans in Indonesia paid tribute to the Kedarnath actor. A new video has surfaced online, in which the late actor's fans in Indonesia, paid tribute to him by playing a song from his film MS Dhoni: The Untold Story, on a giant screen in a park.

A post shared by InfoBollywoodIndonesia (@infobollywoodindonesia) on Jun 17, 2020 at 5:33pm PDT

Earlier this week, Gilad Cohen, deputy director general of Israel's foreign ministry, shared a link of the song Makhna from the actor's last film Drive and he tweeted: "Sending my deepest condolences on the passing of Sushant Singh Rajput, a true friend of Israel. You will be missed."

Sending my deepest condolences on the passing of @its_sushant_fc, a true friend of Israel. You will be missed!
Check out one of the great things that came of his trip to Israel in the link below. #IsraelLooksEast#RIPSushantSinghRajputhttps://t.co/GM9bjM09XDpic.twitter.com/oukPiMFinh

On Tuesday, the International Space University (ISU) in France paid tribute to Mr Rajput, who was an astronomy buff and a former engineering student. The statement read, "We are deeply saddened by the dramatic news on the death of well-known Indian actor Sushant Singh Rajput. Mr Singh Rajput was a believer and strong supporter of STEM education and was following ISU on social media. He had even accepted an invitation to visit the ISU's CentralCampus in the summer of 2019 but other agenda priorities prevented him from travelling to Strasbourg. Our thoughts are with Sushant Singh Rajput, his family and his friends. His memory will remain among his thousands of followers across Indian and all over the world."