Choreographer Farah Khan said, "When I see the song, all I can see is how alive, how happy he looks in it." 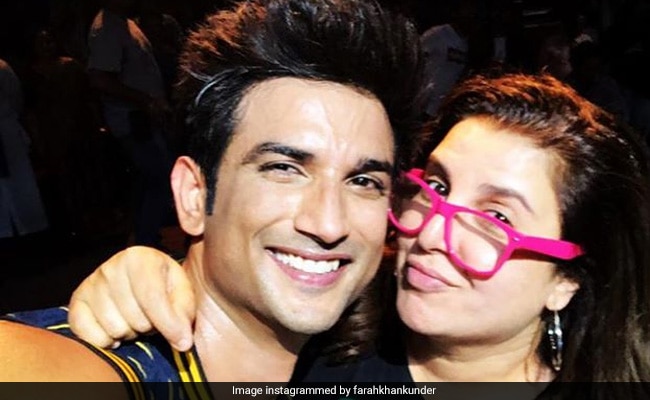 Sushant Singh Rajput filmed the title track of Dil Bechara in one shot and for that he took a special reward too, choreographer Farah Khan told the Times Of India in an interview. Farah Khan said that she wanted the song to be filmed in one shot because she "knew Sushant would be able to do it perfectly." In return, Farah Khan said that Sushant asked for home cooked food from her. "For the title track, we rehearsed the entire day and then finished the shooting in just half a day! As a reward for nailing it perfectly, all Sushant wanted was food from my house. I got home cooked food for him. When I see the song, all I can see is how alive, how happy he looks in it... and this song is always going to be very special for me," Farah Khan said.

A 13-second teaser of the title track of Dil Bechara, composed by AR Rahman, released online today while the full song will be out on July 10.

Speaking about Sushant Singh Rajput's dancing skills, Farah Khan told the Times Of India: "I remember Sushant had once come to a reality dance show as a guest celebrity, which I was judging. That was the only time a celebrity guest had danced better than the contestants on that show."

Dil Bechara is Sushant Singh Rajput's final movie, which he filmed before the nationwide lockdown was imposed due to the coronavirus outbreak in India. Sushant was found dead in his Mumbai apartment on June 14.

Dil Bechara, directed by Mukesh Chhabra, will release on Disney+Hotstar on July 24.