The title track of Dil Bechara will release on Friday 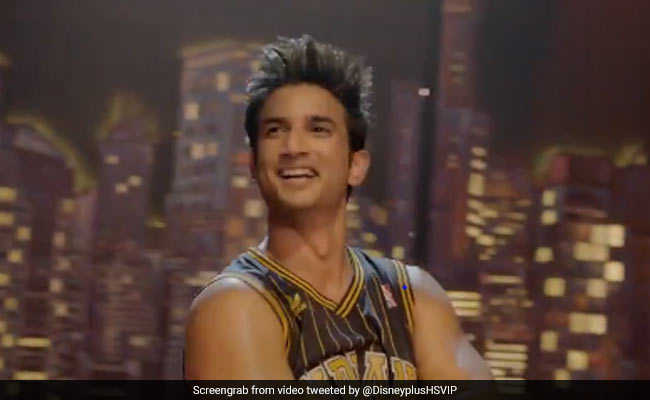 The title track from Sushant Singh Rajput's upcoming film Dil Bechara will drop on the Internet tomorrow and we can't keep calm. To keep up with the zest of the fans of Sushant Singh Rajput, who died in Mumbai last month, the makers of the film released the teaser of the title song on Thursday and we can't even. The teaser has everything that will bring a smile on your face. From Sushant Singh Rajput's bright smile to his lively moves as Manny, a happy-go-lucky and sprightly guy, the short clip will keep you glued to the screen till the end and will leave you with a bittersweet feeling.

The teaser of the track Dil Bechara starts with Sushant Singh Rajput sliding across the dance floor in a sports jersey and owning the stage with his adorable smile as the spotlight follows him. Sharing the teaser video, singer AR Rahman, who has sung the track, tweeted: "Dil Bechara title track is a reflection of Manny's lively soul and the way he brightens Kizie's life with hope and love."

#DilBecharaTitleTrack is a reflection of Manny's lively soul and the way he brightens Kizie's life with hope & love. The song will be out 2mrw at 12 noon. Stay Tuned!#SushantSinghRajput@CastingChhabra#AmitabhBhattacharya@sonymusicindia@foxstarhindi@DisneyplusHSVIPpic.twitter.com/Ne82cDrXJO

Dil Bechara is an onscreen adaptation of John Green's book The Fault In Our Stars and it also features Sanjana Sanghi playing the lead role - Kizie, who is a cancer patient. The trailer of the film released earlier this week and has been trending on social media since then. It has also emerged as the most liked trailer on YouTube, surpassing the Marvel's film Avengers: Endgame. The current likes on Dil Bechara trailer stand at 8.8 million.

Check out the trailer of Dil Bechara, which has been garnering a whole lot of love from Bollywood, as well as, from netizens:

Dil Bechara will be the last film of Sushant Singh Rajput, who died by suicide at his Bandra apartment on June 14. The actor was known for his performances in films like Chhichhore, Sonchiriya, MS Dhoni: The Untold Story and Kai Po Che!.