Surveen Chawla, who transitioned from the small screen to films, was told she was 'over exposed because of television.' 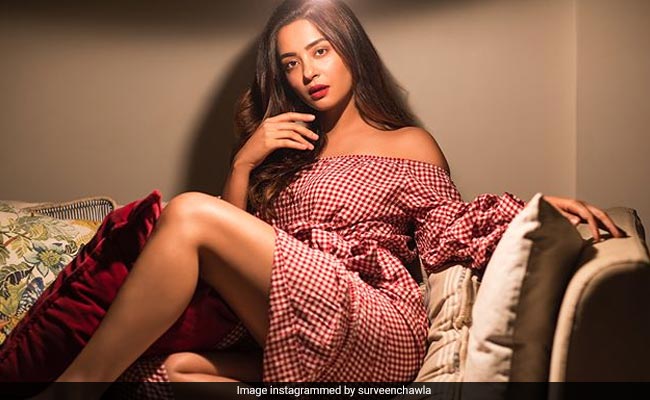 Actress Surveen Chawla, who is best-known for her role in 2014 film Hate Story 2, told Pinkvilla in an interview that she's dealt with the casting couch five times in her career - twice in Bollywood and thrice in the south film industry. Recounting two such incidents, Surveen said, "A director wanted to see how my cleavage looked. Another director wanted to see how my thighs looked." The 35-year-old actress also told Pinkvilla that she was told by a filmmaker she was 'overweight' when she was only 56 kilos. "I went to give this audition and the person told me, 'You are overweight'. I was just 56 kilos and I thought the person needed glasses."

Surveen debuted in Bollywood with 2011 film Hum Tum Shabana but her breakthrough role was in Hate Story 2. Surveen has also featured in critically-acclaimed films like Uglyand Parched.

Before films, Surveen Chawla was a name to reckon with on the small screen. She became a household name after featuring in the lead role in Kahin To Hoga (2003 to 2007). She followed it up with shows like Kasautii Zindagi Kay and Kaajjal. Surveen simultaneously made a few regional films in this duration.

Speaking to Pinkvilla, Surveen said that transitioning from the small screen to the big screen was not easy as she was told she was 'over exposed because of television.' She said, "There was a time when people told me you are over exposed because of television. For some time, I tried to hide it from producers and tell them I did TV only for a year but I realised later that 'Why am I doing this?' Isn't it going to be easier for a team to get someone who already knows how to do their lines?"

Surveen Chawla was last seen in as Jojo Mascarenas in Anurag Kashyap and Neeraj Ghaywan's critically-acclaimed web-series Sacred Games 2. Surveen hasn't announced her next project yet.