Surveen Chawla wrote: "We now have her tiny feet to fill the tiny shoes! Blessed by her wonderful arrival in our little family!" 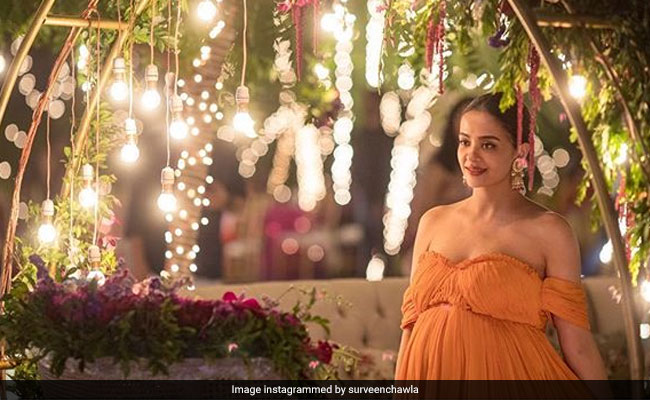 Actress Surveen Chawla and her husband Akshay Thakker welcomed a baby girl recently. Surveen, who has starred in films such as Hate Story 2 and Parched, shared a picture of her daughter's tiny feet and wrote: "We now have her tiny feet to fill the tiny shoes! Blessed by her wonderful arrival in our little family! Welcoming our daughter Eva." The comments section of the post is filled with congratulatory messages for the new mother and blessing for the little one. Surveen's small screen celebrity friends including Ekta Kapoor and Aashka Goradia congratulated her on Instagram.

We now have her tiny feet to fill the tiny shoes! Blessed by her wonderful arrival in our little family! Welcoming our daughter Eva @akshaythakker

Surveen Chawla married Akshay Thakker in Italy in 2015 but she revealed about her wedding two years later. In an interview with news agency IANS, Surveen had said that she kept her marital status a scret partly to "break the myth" about married actresses. "I strongly believe that being married has nothing to do with my profession. It does not make me less beautiful, less charming or sexy. Being married does not make me a less artiste or a professional," she had said.

Before films, Surveen Chawla starred in several K-Soaps. Ekta Kapoor launched her in Kahin To Hoga, which made Surveen a household name. Surveen also starred in Kasautii Zindagi Kay and Kaajjal. She was last seen on Anurag Kashyap and Vikramaditya Motwane's web-series Sacred Games.