"All the best Zahan Kapoor, super proud of you and can't wait to see you on the big screen!" wrote Kareena Kapoor 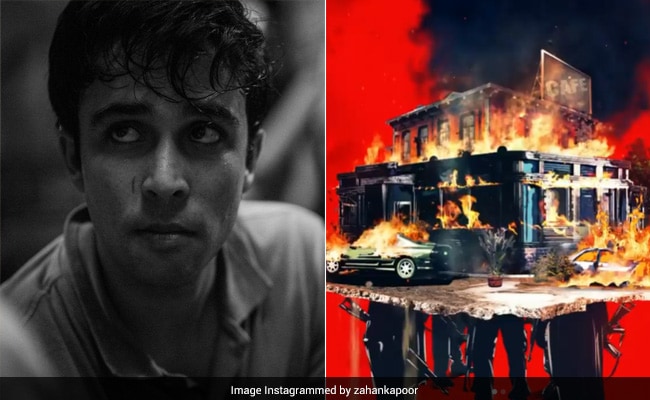 Zahan Kapoor from the sets of the movie (courtesy zahankapoor)

"All the best Zahan Kapoor," wrote Kareena Kapoor in her shout out for her cousin, who is all set to make his Bollywood debut with Hansal Mehta's upcoming movie Faraaz. On Wednesday, the makers of Zahan Kapoor's debut film revealed the movie's title and the first look in a teaser of sorts. Kareena Kapoor was quick to share the teaser of Faraaz on her Instagram, revealing what to expect from the upcoming thriller: "When the night is darkest, faith shines brightest! Here's the first look at Faraaz, a film on Bangladesh's 7/16 attack, by maverick filmmakers Anubhav Sinha, Hansal Mehta and Bhushan Kumar, which is an incredible true story of a hero who will restore your faith in humanity!"

Addressing Zahan, Kareena Kapoor added this note of encouragement: "All the best Zahan Kapoor, super proud of you and can't wait to see you on the big screen!"

Meanwhile, director Hansal Mehta shared the first look teaser of Faraaz with these words: "In the face of violent adversity, humanity wins." Hansal Mehta's film also stars actor Paresh Rawal's son Aditya, who made his acting debut with the ZEE5 movie Bamfaad in 2020. "Presenting an exciting and fresh ensemble led by Zahan Kapoor and Aditya Rawal!" he added.

Speaking to news agency PTI earlier, about casting Zahan and Aditya, Hansal Mehta had said: "Both Zahan and Aditya have been selected on the basis of their talent and potential. The characters they play are very intricate and I'm sure the audience will love them too."

The shooting schedule of Faraar had begun on June 28.

To Sonam's Son Vayu, On 1-Month Anniversary, Big Love From Anil, Rhea, Arjun And Other Kapoors