On Monday, sharing the big news about his Bollywood debut, Zahan wrote in an Instagram story: "Extremely excited, beyond grateful, let the adventure begin." 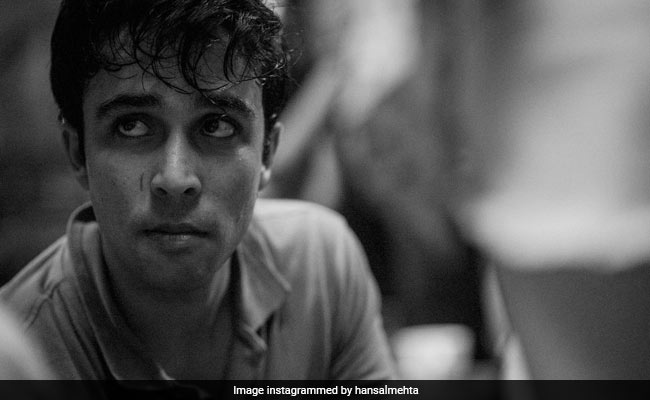 Zahan Kapoor from the sets of the movie (courtesy hansalmehta)

"So happy for you, darling," read Kareena Kapoor's shout out to her cousin Zahan Kapoor, who is all set to step into Bollywood with director Hansal Mehta's upcoming action thriller. Meanwhile, Kareena's sister Karisma Kapoor also cheered for Zahan in an Instagram story. Sharing Hansal Mehta's post, Karisma wrote: "Congrats, handsome." Zahan Kapoor is the son of Kunal Kapoor and the grandson of late actor Shashi Kapoor. Kareena and Karisma are granddaughters of the legendary Raj Kapoor, Shashi Kapoor's brother. On Monday, sharing the big news about his Bollywood debut, Zahan wrote in an Instagram story: "Extremely excited, beyond grateful, let the adventure begin." 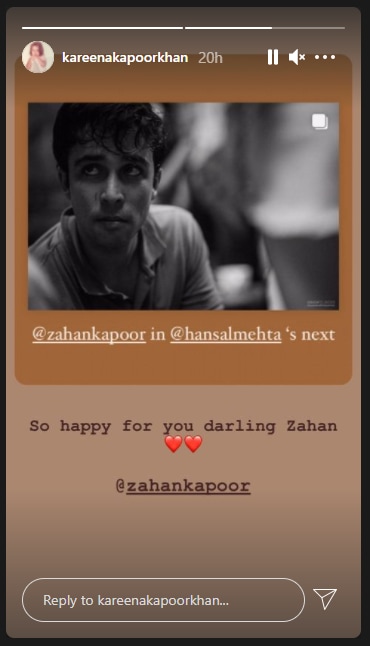 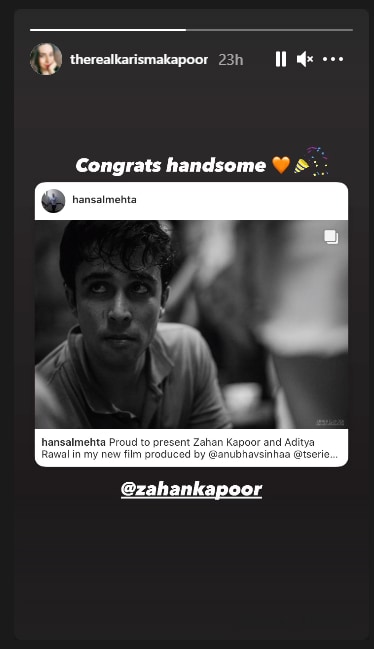 Hansal Mehta's yet-untitled film also stars actor Paresh Rawal's son Aditya, who made his acting debut with the ZEE5 movie Bamfaad in 2020. The upcoming action thriller, which is said to be "based on a true incident", will be co-produced by Anubhav Sinha and Bhushan Kumar.

"Both Zahan and Aditya have been selected on the basis of their talent and potential. The characters they play are very intricate and I'm sure the audience will love them too," director Hansal Mehta said in a statement, reported news agency PTI.

Meanwhile, Anubhav Sinha revealed why they roped in newcomers for the action thriller: "Hansal and I wanted to cast new actors in this human story as we want the audience to feel they are watching characters rather than any star in the film with preconceived notions. We've already started shooting for the film and the hard work these two are putting in is commendable."

The shooting schedule of the movie kick-started on June 28.