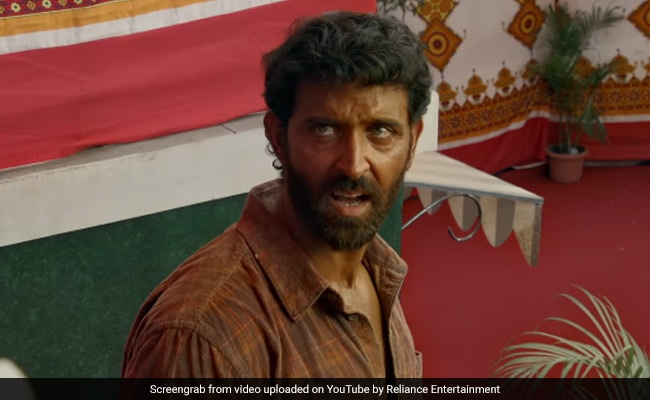 The trailer of Hrithik Roshan's new film Super 30 dropped today and shot instantly to the top of the trends list - not entirely in a good way. Praise for the trailer came from actors Abhishek Bachchan and Neil Nitin Mukesh as well as many fans but not everyone was impressed. If you were struck by Hrithik's noticeably darker skin tone and his somewhat uneven Bihari accent as mathematician and educationist Anand Kumar, so was Twitter. In fact, social media couldn't decide which they disliked more. The brownface comes just days after Disney admitted to darkening some extras in the recently-released Aladdin; some months ago, Gully Boy director Zoya Akhtar explained away Ranveer Singh's brownface in the film as a necessary adaptation to the actor showing up for filming tanned after a holiday.

I like Hrithik but that brown face. So if an actor puts up a brown face makeup that automatically makes him/her poor well done Bollywood. #Super30

What lies. Bollywood doesn't brownface. OBVIOUSLY Hrithik was on a beach vacation without sunscreen before the shoot started. https://t.co/Y6XxBmIgS7

Did Hrithik Roshan just do brownface?

The accent also took a beating.

No hrithik, not every Bihari speaks the way Laloo yadav does.

However, kudos to the team!@iHrithik#Super30Trailer#Super30

Someone told Hrithik Roshan that talking like his scientist avatar in Koi Mil Gaya would make him sound like a Bihari. #Super30Trailerpic.twitter.com/wI8MEijZXB

Not a very good trailer. The accent is what can bring critics to the bihari character anand Kumar. Being a bihari I can tell you that whole accent of Hrithik is very bad and I don't like it at all. #Super30Trailer

I speak with a better Bihari accent than Hrithik Roshan. That's making me very proud of myself.

Some people disliked both accent and brownface equally.

There's something really off about #Super30Trailer, maybe it's the accent and that brown makeup

Feel bad for Hrithik Roshan in Super 30. More brown paint on his face than the railways applies on its trains and a bad accent that even villains of the 90s movies wouldn't want.

Was waiting for this trailer for the longest #Super30Trailer and to be very frank that Bihari accent just doesn't feel real...
And Hrithik's dark skinned unrealistic makeup is another problem...

Nawazuddin would have been a better choice for this one

Super 30 has been trying to shake off controversy for a while now. Directing credit for Vikas Bahl was restored recently after he was cleared of sexual misconduct. The release date of the film has also been pushed back to avoid a clash with Kangana Ranaut's Panga. After a Twitter offensive from Kangana's sister Rangoli Chandel, Hrithik Roshan announced that his film was being rescheduled to 'save (himself) personal trauma and toxic mental violence.' For those who don't know, Hrithik and Kangana have been locked in an ugly public feud over a disputed romantic relationship. See Hrithik's tweet about the date change:

Super 30 is also no longer being marketed as a biopic ever since some of Anand Kumar's students accused him of fraud.

Super 30 is the last film to be made by now-disbanded production banner Phantom Films, of which Vikas Bahl was a co-owner. Hrithik Roshan's co-stars include Mrunal Thakur and Pankaj Tripathi.