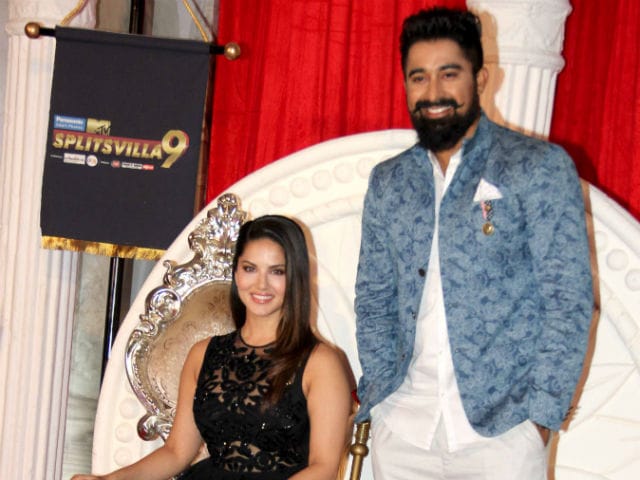 "I find her journey very inspirational. From the time she came to India, she was the sweetheart of the country. After that a lot of questions were there that what she will do next," Rannvijay told reporters.

"She did a lot of movies then. Last year, I got the chance of not only meeting her but working with her and to know her as a human being. Her interests, her goals in life. She is a very hardworking woman," he said.

Rannvijay, 33, will co-host season nine of MTV reality show Splitsvilla with Sunny. This will be the second time he will pair up with the actress for the show.

"She is very grateful. From whatever we talk, during the normal conversations as friends, the only thing which comes out is that she is really grateful for the opportunities god and the country has given her," Rannvijay said.

Splitsvilla season nine will have 15 boys, as warriors, trying to woo six girls who will be princesses. The theme of the show this time is "where women rule."

Sunny said shooting the show was a "great journey" and she often uses the opportunity of doing the show as an escape from ups and downs she faces in the film industry.

"It was a great journey. It is always fun. For me, there are so many things that go wrong throughout the year, some movies are good some are not, different things that you want to do but they don't pan out the way you want to.

"For one month I escape my own world, go into 'Splitsvilla' and I enter the lives of these contestants," the Mastizaade actress said.

The reality show features boys and girls competing in tasks to stay in the competition and mingle with the contestants to find love. In the end, one boy and one girl are crowned the winners of Splitsvilla, as a couple.