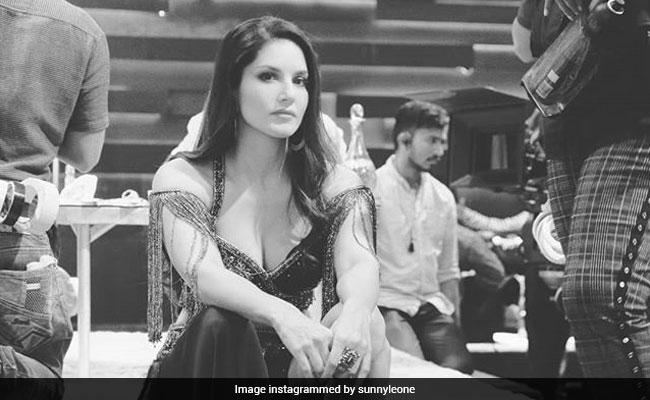 Actress Sunny Leone, who is gearing up for the final season of the web-series Karenjit Kaur - The Untold Story of Sunny Leone, says she often broke into tears while filming it as she had to go down the memory lane and revisit some dark chapters of her life. "It was certainly not easy for me to revisit some of the chapters of my life that are dark, that I wanted to believe were a nightmare that which would get over soon. When my mother passed away, my father was diagnosed with cancer and within some time, he also passed away. I got married, got an invitation for an Indian TV show...there was too much happening very fast," Sunny told IANS.

"Some of the situations were hurtful and I never ever wanted to visit those memories ever again. During the shooting, I broke down so badly. Seeing me breaking down like that, (my husband) Daniel Weber felt terrible and helpless because he cannot fix anything of those chapters of my life. Losing my parents was terrible," the Indo-Canadian actress said.

"I think now I know the world of Bollywood a little better. The first few films in my initial years were like being in a Bollywood boot camp. There is so much chaos but the whole system is like a well-oiled machine because somehow the job gets done here. When I came and saw that at the beginning of the day we plan something and that gets changed every now and then, I used to freak out," she told IANS.

"But when I look at the whole matter in a calmer way now, we are executing everything that we plan initially. This place is fascinating. I learnt one very important thing here - 'Thand pao, sab aaram se hota hai (Be cool, everything happens at its pace),'" said the actress who is planning to start her first ever film project under her production house," she added.

Without divulging much, she said: "I will make an announcement of the film very soon."

Has she learnt the language Hindi better now?

"Well yes, I can speak in Hindi and understand the language. I have an American accent, but trust me I am very 'desi'," Sunny said with a laugh.

When asked about the most difficult thing that she has faced in India, Sunny pointed out that it's the hierarchy in the society. "For me, there is no hierarchy in my head because I do not come from that upbringing. But on a film set, such things are followed. It is the same in the society also for me. Unless your actions say that you are a horrible person, you are equal to me -- whether you are the lower end or the higher level of the hierarchy. I am not complaining about anything. It is just a practice," she said.

"Since there is a cultural difference, Daniel and I went through a phase to learn, how to approach people, how much to talk, where to draw the line... It was basically about understanding the cultural differences," shared the actress, who is a mother of three.

She is working hard to strike a balance between her personal and professional life.

Happy Holi from the Weber's!!

"My boys are just too young but my daughter Nisha has an inclination towards painting. At the age of two-and-a-half, the way she holds the painting brush, the hand-eye coordination she has and the way she reacts to colours, it is all amazing to notice. We have an art teacher who comes to our house and teaches Nisha painting. Since this is her natural inclination, we are not really forcing her to become a painter but just exposing and encouraging her to paint," the 37-year-old actress said with a smile.