Sunny Deol Wants A Biopic On Dad Dharmendra Only If...

Sunny Deol says that a biopic on Dharmendra "cannot be random" 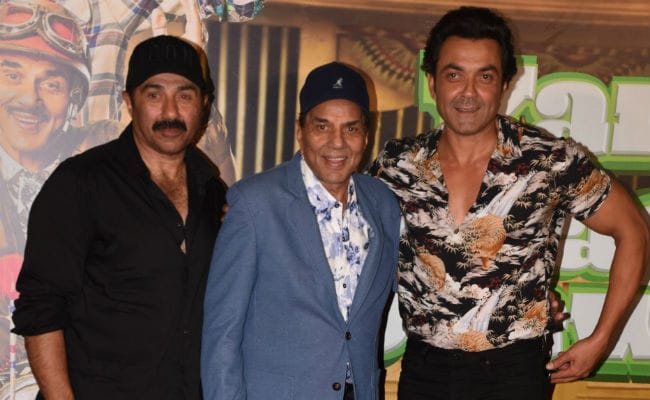 Sunny Deol said that he is interested in making a biopic on his actor father Dharmendra only if he gets a good writer and a director to invest time on the project, reports news agency IANS. Sunny Deol also said that research for the film won't be difficult as Dharmendra will share his story but it has to be presented nicely on the big screen. "It is a good idea and would be nice to make a film on him (Dharmendra) if only we can get a good writer and director to make the film. It cannot be random. There should be a writer who would invest time on it. It is not going to be that easy because my father will be involved in it. Since everyone knows everything about him, it must be put out in a nice way. Research will not be a problem, because my father is there to share the story," IANS quoted Sunny Deol as saying.

Sunny Deol was speaking to reporters during the promotion of Yamla Pagla Deewana: Phir Se, in which he co-stars with Dharmendra and his brother Bobby Deol.

When asked if would be interested to play his father onscreen, Sunny Deol said he hadn't given it a thought but he did not refuse either. "I really have not given it a thought. I know the resemblance is there. It is not only in me, but my son (Karan Deol) can also play the younger part of the character. But everything is dependent on the story," said Sunny Deol.