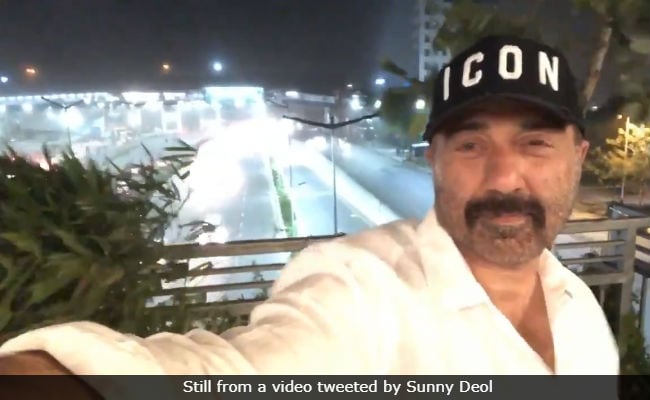 New Delhi: The thunderstorm in New Delhi and NCR over the weekend disrupted the shooting of Sunny Deol's son Karan's debut film Pal Pal Dil Ke Pas, reports mid-day. Sunny Deol, who is directing is son's film, was filming in Gurugram when they had to cancel the shooting due to foul weather. The film's co-producer Suniel Saini told mid-day, "It was sunny in the morning. But by afternoon, strong winds began blowing accompanied by thundershowers. We were shooting at the Cyber Hub footover bridge. The shooting equipment was tossed around. We had to pack up and rush to the hotel to avoid damage to the lights and camera."

Mr Saini also told mid-day that though the film's crew made it to the hotel safely, Sunny Deol's SUV was damaged. "It was parked near a wooden structure, which came crashing down on the car. The headlights and the bonnet were damaged," he said, adding that the film's shooting was stalled for Monday as well.

Sunny Deol earlier told news agency PTI that launching his son in Bollywood was a 'huge task' and he is fully aware of the responsibility. He had said: "I want to give my best to it. I am a bit conscious as I am launching him."

Promoted
Listen to the latest songs, only on JioSaavn.com
Sunny Deol announced Karan's debut in May last year but he hasn't set a release date yet.