Guess The Deol: Sunny? Bobby? Which Brother Is This? 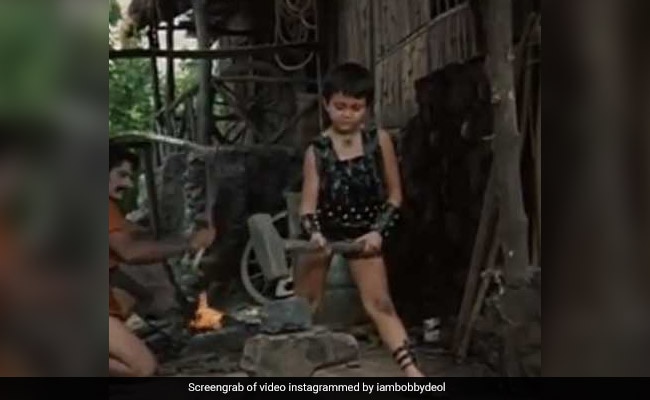 A still from Dharmendra's Dharam Veer

If you thought Bobby Deol made his Bollywood debut with Barsaat in 1995, you probably missed his brief appearance in father Dharmendra's 1977 film Dharam Veer. On Wednesday, Dharmendra shared video from Dharam Veer, in which Bobby Deol played the younger version of the actor. Bobby Deol also shared the same video and thanked his father: "Will forever cherish this moment when I faced the camera for the first time! Thank you papa for making this happen, I am truly blessed!" Dharmendra's Dharam Veer was directed by Manmohan Desai and featured Jeetendra, Zeenat Aman and Neetu Kapoor.

Will forever cherish this moment when I faced the camera for the first time!! Thank you papa for making this happen, I am truly blessed!!! - Your Son #Repost @aapkadharam

Bobby Deol, who is the younger son of veteran actor Dharmendra with his first wife Parkash Kaur, made his Bollywood debut in a full-fledged role in Barsaat. Twinkle Khanna, daughter of Rajesh Khanna and Dimple Kapadia, also made her Bollywood debut with the Rajkumar Santoshi-directed film.

Dharmendra and Parkash Kaur are parents to Sunny Deol and daughters Vijayta and Ajeeta. Dharmendra married actress Hema Malini in 1979 and has two daughters - Esha and Ahana - with her.

Speaking about the film, Bobby Deol in an interview to IANS had said: "Well, Yamla Pagla Deewana Phir Se is something which I am really excited about. It's working with my dad and brother again. It is going to be one funny film. It is not out and out humour but it is subtle humour and I enjoyed being a part of it. My dad is awesome in the film and so is my brother."