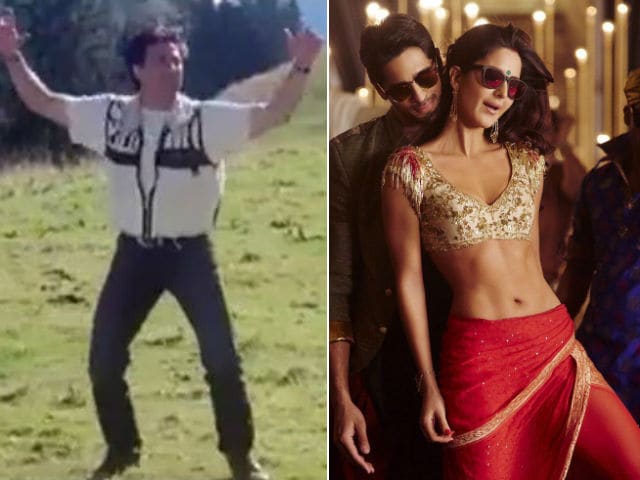 Sunny deol (L) in a still from the video posted on Facebook and Katrina (R) in Kala Chashma.

New Delhi: You've seen Katrina Kaif and Sidharth Malhotra rock the hit number Kala Chashma in a revamped version for their upcoming film Baar Baar Dekho. But have you seen Sunny Deol dance to the same track and do it better? We mean it (*ROFL*).

Social media is a funny place, full of people who just want to see the world in splits. One such user posted a mash-up of Kala Chashma audio and the Chhammak Chhallo video. The song, from the film Ajay, features Sunny Deol and Karisma Kapoor and dude, has Sunny Deol got the moves.


Kala Chashma, a rendition of Amar Arshi's 2002 track, is the first song from Katrina and Sidharth's Baar Baar Dekho. The film directed by Nitya Mehra, will release on September 9.