Sunny Deol And Dimple Kapadia Are Trending Again. Here's Why 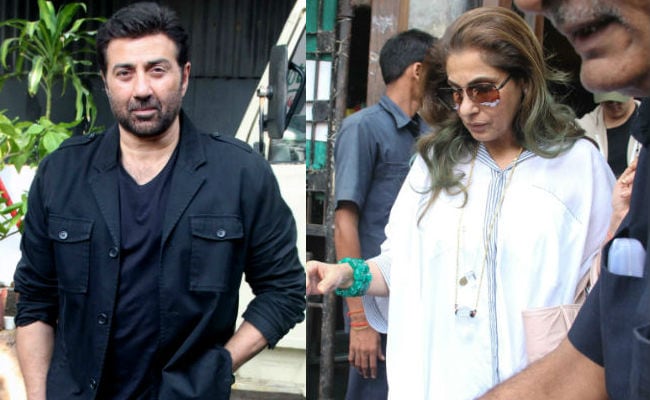 New Delhi: Dimple Kapadia's nephew Karan's Bollywood debut just got interesting with the entry of Sunny Deol - the 61-year-old actor and Dimple Kapadia have often featured headlines for a rumoured affair. The Ghayal star has joined the star cast of Karan's film, producer Tony D'Souza told Mumbai Mirror. The producer also added that Sunny Deol's role will take him back to his action hero days. "It's very different from his current lot of films, including Poster Boys and Yamla Pagla Deewana 3 and takes him back to the action genre," he told Mumbai Mirror. Karan's Bollywood debut will be directed by Behzad Khambata (assistant director for OMG! Oh My God and Boss). Sunny Deol will start filming next month while Tony wants to wrap the entire shoot by April-end.

In September 2017, pictures of Dimple Kapadia and Sunny Deol holding hands became fodder for gossip on social media. In the Nineties, they co-starred in films such as Manzil Manzil, Arjun and Narasimha. At that time it was believed that Dimple Kapadia (who was then married to Rajesh Khanna) was dating Sunny Deol (who was married to Pooja). However, none of them ever acknowledged their alleged romance.

Karan, who is the son of Dimple Kapadia's sister Simple, has put in a lot of effort to join Bollywood. The actor-to-be dropped several kilos (from 112 kg to 88 kg) and trained in martial arts for six months in Bangkok. Karan was 16-years-old when he assisted director Rahul Dholakia in his film titled Society.

Promoted
Listen to the latest songs, only on JioSaavn.com
Karan's cousins Twinkle and Rinke Khanna also tried their luck in Bollywood but faiked to make it big. Twinkle is now a bestselling author and producer. Her film PadMan, releasing on January 26, features her husband Akshay Kumar in lead role.