Sunil Grover said, "I am not hurt. I know he called me a liar and also said pehle hassa ke dikha logon ko" 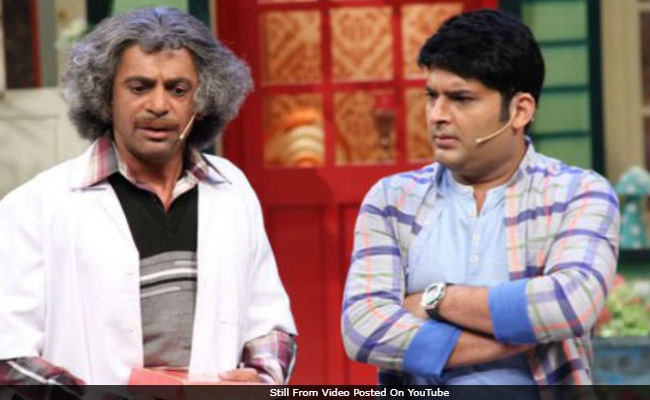 New Delhi: Comedian Sunil Grover is not 'hurt' after his former co-star Kapil Sharma called him a 'liar' and asked him not to spread rumours about his upcoming show Family Time With Kapil. In an interview to The Times Of India, Sunil Grover said, "I am not hurt. I know he called me a liar and also said pehle hassa ke dikha logon ko. I am worried about Kapil's health. Just look at the time of the tweets. How can I be hurt? I just pray to god that Kapil stays healthy and takes care of himself." Kapil Sharma and Sunil Grover renewed their infamous fight on Twitter on Sunday, after the latter said that he isn't a part of Family Time With Kapil but he did 'wait' for a call from the makers of the show. Kapil Sharma and Sunil Grover worked together in Comedy Nights With Kapil and The Kapil Sharma Show.

Over the weekend, Sunil Grover replied to a fan's tweet and wrote, "Many people have asked me about Kapil Sharma's new show but I haven't received any call. I haven't changed my phone number also. I was waiting for their call but now I have signed a new show."

In his response, Kapil posted a series of angry tweets and accused Sunil Grover of lying and claimed that he did approach him for Family Time With Kapil.

Explaining the reason for posting the tweet, Sunil Grover told TOI, "I was tired of the fan's continuous questions about whether I was going to be a part of Kapil's upcoming show, so I decided to answer it. But I had no intentions to fight with Kapil or say any nasty things about him. I remained silent even after the fight that took place last year. I never said anything. I was under pressure since few days as my fans kept on asking me if I am doing the show and I just reacted."

Promoted
Listen to the latest songs, only on JioSaavn.com
"We both are mature people and have even met after the incident last year. There are many things that happened between the two of us since then, and I don't think I should talk about it. I don't want to do mudslinging. I worked with him on two great shows though it was for a temporary period. I will be always thankful," Sunil Grover told TOI.