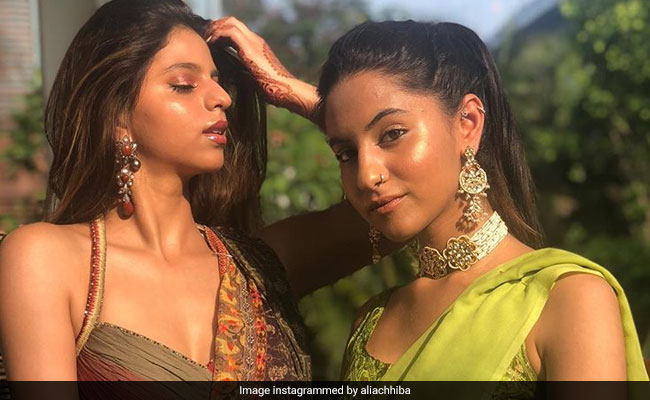 Shah Rukh Khan's daughter Suhana Khan nailed the ethnic game at a family wedding in Kolkata. Suhana's cousin Alia Chhiba (daughter of Gauri Khan's brother Vikrant) shared pictures from the sidelines of the wedding on social media with a jestful caption: "Can't believe I'm married." Suhana looked spectacular in an olive green saree with hues of orange and red as she posed with Alia, who looked pretty in in a lime green saree. Suhana accessorised with heavy jumkis and opted for natural make-up. Meanwhile, Gauri Khan also shared a picture from the same wedding, which also featured her brother Vikrant. Gauri wore a red saree with an embellished palla.

Here are pictures from the family wedding shared on social media:

Here are pictures from the mehendi ceremony held earlier this week: 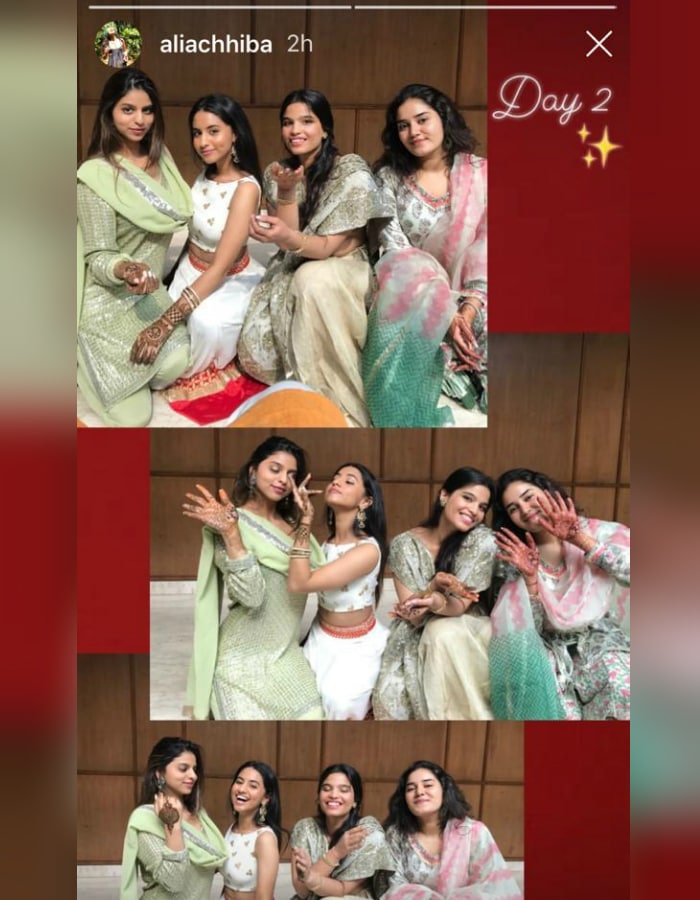 Suhana is the second of Shah Rukh Khan and Gauri's three children. Her elder brother Aryan, 21, is studying films while her younger brother AbRam, 6, is studying in Mumbai's Dhirubhai Ambani International School.

Suhana Khan, 19, has already featured on a magazine cover and in the accompanying interview she said in affirmative that she wants to be an actor. "My parents only realised I was serious about acting when they saw a performance of mine for the first time. I was playing Miranda in a school performance of The Tempest," she told Vogue.