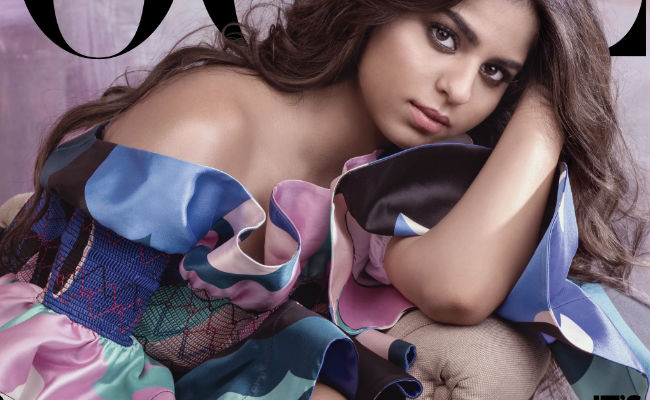 Suhana Khan on the cover of Vogue magazine.

Shah Rukh Khan's daughter Suhana found a spot on the Wednesday's trends list, courtesy of her first ever magazine shoot. Shah Rukh unveiled the cover featuring his 18-year-old daughter at the Vogue Beauty Awards on Tuesday night. Later, he tweeted the cover image and a picture of him launching it at the event and wrote: "Holding her in my arms again thanks to @vogueindia . 'What imperfect carriers of love we are... except when it comes to our children.' So sending you all my love and a big hug. Hello, Suhana Khan." In her first interview, Suhana talked about her dream of becoming an actor - a day, which we don't think is too far.

"I have been gifted to be in the company of so many fantastic women and I hope my daughter can join in and be one of them someday. She is 18, she is lovely, sensitive, sweet and extremely shy but also extremely strong. I will be proud of her when she is proud of herself and the job that she does and Insha'Allah she will do that," Shah Rukh Khan said at the event on Tuesday night.

Holding her in my arms again thanks to Vogue. 'What imperfect carriers of love we are..." except when it comes to our children. So sending u all my love & a big hug. Hello Suhana Khan! pic.twitter.com/RrkhJ8kfz5

Here are some more pictures from the photoshoot: 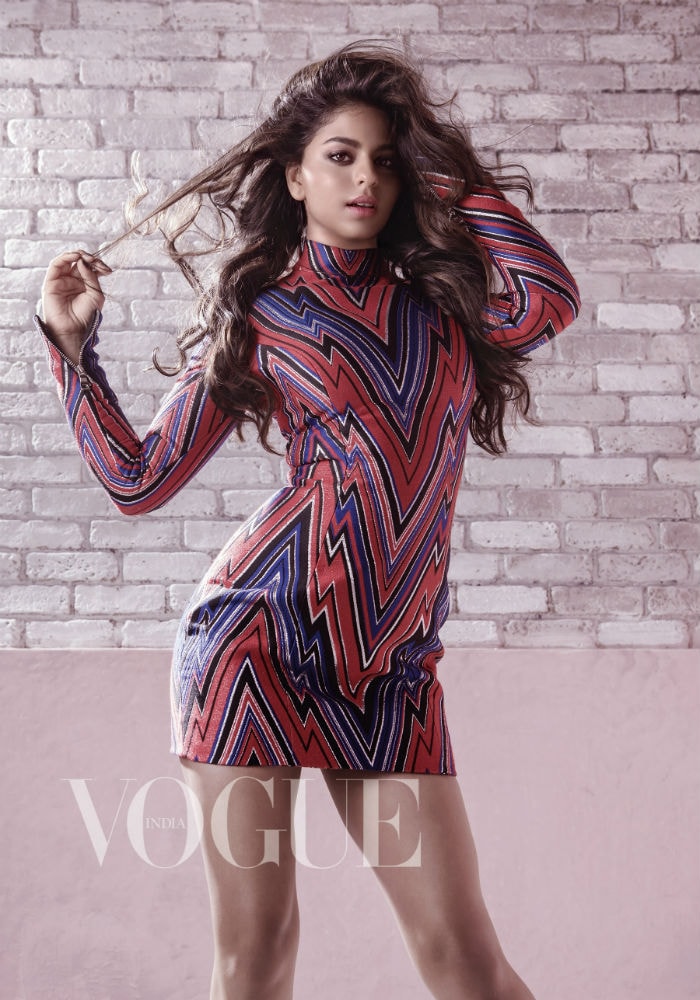 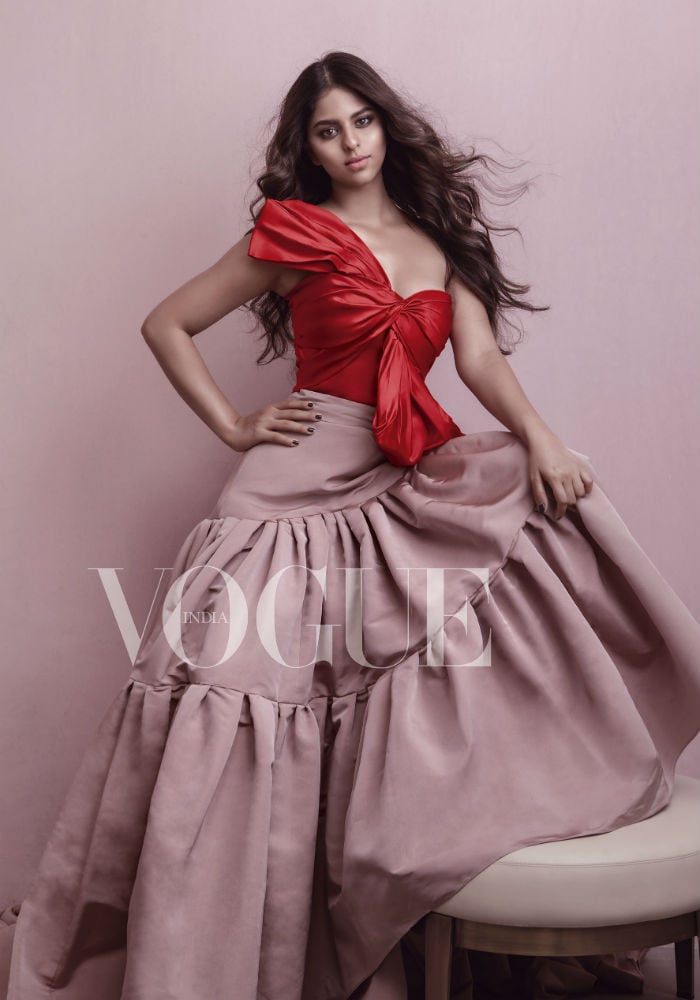 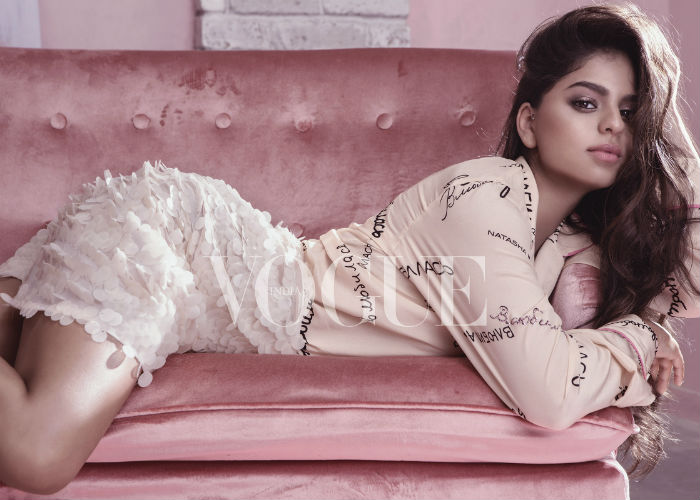 Suhana Khan, who has constantly been shadowed by the paparazzi and often trends for pictures from her casual outings and holidays, said in the interview that she was excited about featuring on the cover when her parents - Shah Rukh and Gauri Khan - brought it up. "I wanted to say yes straight away but they wanted me to think about it - this is a very public thing. They wanted me to gain confidence from the experience, not lose it," she said.

Suhana Khan told Vogue she was absolutely sure she wanted to become an actor and revealed that her parents realised that she was serious after watching her onstage in a play. "I don't think there was any one moment when I decided. Since I was young, I'd do all these accents and impressions. But my parents only realised I was serious about acting when they saw a performance of mine for the first time. I was playing Miranda in a school performance of The Tempest," she said.

However, Shah Rukh Khan, who was also at the interview with Suhana ("Pretend I'm not here, I just want to hang out with my daughter," he had said) does not intend to launch his daughter in Bollywood. He was quoted as saying: "Suhana's not working towards a promise of being cast, she's working towards being an actor, and she knows that. I keep insisting that I don't want them designed as stars, I want them to be launched when they are good-enough actors." Meanwhile, Shah Rukh Khan's elder son Aryan, 21, is studying filmmaking in Los Angeles and Suhana is currently building a portfolio to get admission in the same university over the summer for a short course in acting.

2018 can be arguably dubbed as the year of star kids' debuts. Suhana's first interview comes days after the release of Sridevi's daughter Janhvi Kapoor's debut film Dhadak. In fact, one of Suhana's close friends Ananya Panday (daughter of Chunky Panday) is currently making her debut film - Student of The Year 2, which is was earlier scheduled for November 2018 release and it will now hit the screens on May 10 next year.