Shabana Azmi said: "Suhana Khan is going to be a seriously good actor," and Shah Rukh Khan replied: "When you say it then it's big encouragement for the little one" 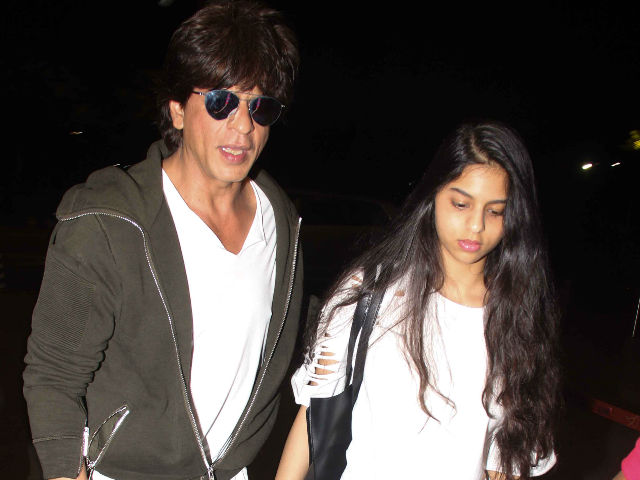 New Delhi: Shah Rukh Khan thanked actress Shabana Azmi for 'encouraging' his daughter Suhana Khan on Monday. Shabana Azmi reposted a picture of Suhana, Shah Rukh's 17-year-old daughter, and said that she would become a "seriously good actor." SRK, humbled, replied: "How sweet are you to say that. And of course when you say it then it's big encouragement for the little one. Thanks." In her tweet, Shabana Azmi said that she watched a short clip of Suhana acting and it was "terrific." She said: "@iamsrk Mark my words #Suhanakhan is going to be a seriously good actor. Ive watched a short clip of her acting and it was terrific. Bless her (sic)."

A while ago, several short clips of Suhana's theatre performance went viral. She played a role of Cinderella in a reworked version of the fairytale. Here's a snippet of Suhana's performance.

Do you agree with Shabana Azmi?

Everybody knows that Suhana is interested in becoming an actor like her father, because Shah Rukh Khan has talked about his daughter's ambition on several platforms. He told Femina that he's okay with Suhana becoming an actor after completing her education and only "if she has the passion and guts to work five times harder than me and get paid 10 times less than I do."

Suhana is currently a student of Mumbai's Dhirubhai Ambani International School. She may go abroad for higher education. Shah Rukh Khan told news agency PTI: "My daughter wants to learn acting but I don't know where to send her in India. We don't have any good acting school."

Shah Rukh Khan is married to Gauri, an interior decorator. Together they have three children - Aryan, 19, Suhana, 17 and AbRam, 5. Aryan recently graduated from London's Sevenoaks School and is currently studying film at the University of Southern California.

Shah Rukh Khan was last seen in Raees and his next film will release in August. The yet-untitled film is directed by Imtiaz Ali and co-stars Anushka Sharma. He is currently filming for Aanand L Rai's film.