Suchitra Krishnamoorthi Goes To Cops After Being Slut-Shamed On Twitter 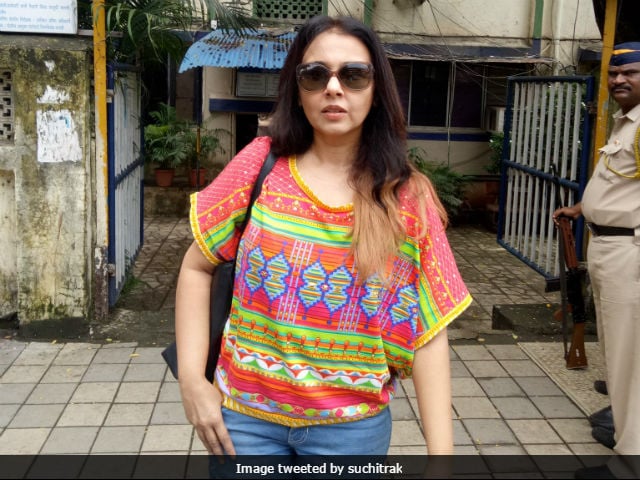 Suchitra Krishnamoorthi has endured days of trolling after posting this tweet:

came home at 4.45 am 2 most aggressive/ ear shattering call of azaan. Nothing more lowlife & dumb than such extreme imposed religiousity

She has responded to several comments, for and against her tweet:

nobody objects to azaan or prayers during decent hours. But to be wakung up entire neighbourhood at 5 am is not civilized https://t.co/PBT94NtuGN

Loudspeakers are not allowed between 10 pm to 6 am. Yet this law is repeatedly broken for azaan . Poilce & everyone else turns a blind eye. https://t.co/szr08QWP60

In other tweets, she acknowledged that the language used might have been too 'strong' and that she has also called out the beef ban and gau rakshaks in previous posts.

Ms Krishnamoorthi is the second celebrity to complain on Twitter about the azaan in the space of a few months, after singer Sonu Nigam, who later deleted his Twitter account. Mr Nigam was also trolled massively but, as one Twitter user pointed out, he was slut-shamed as Ms Krishnamoorthi has been.

Suchitra Krishnamoorthi posted a collage of the abusive tweets she received:

Look at these perverts! Feel sorry for my India -with this kind of attitude towards women its no wonder we've become rape capital of d world pic.twitter.com/Hteg0IXRM8

Promoted
Listen to the latest songs, only on JioSaavn.com
She has also received several messages of support. Those speaking up for her include director Shekhar Kapur, who is Ms Krishnamoorthi's former husband:

Trolling arguments is acceptable. But if @Twitter want to survive in India they have to stop such rampant disgusting sexual abuse @suchitrakhttps://t.co/pNEA0zq5SK

Suchitra Krishnamoorthi's best-known film work is in Mr Kapur's Kabhi Haan Kabhi Naa, in which she played the object of Shah Rukh Khan's affections. She appeared on the TV show Chunauti and had a successful musical career in the 90s. She was last seen in the 2010 film Rann.