Student Of The Year 2: What Tiger Shroff, Ananya Panday And Tara Sutaria Are Up To

Tiger Shroff took a day off to watch Avengers: Infinity War while Ananya Panday and Tara Sutaria are still figuring out how to beat the cold 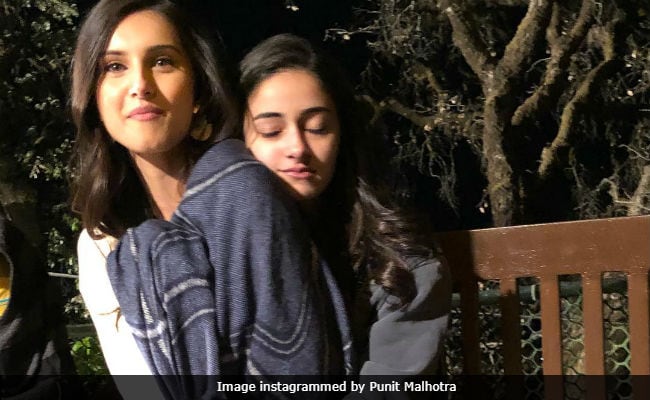 Ananya Panday and Tara Sutaria on the sets of Student Of The Year 2. (Image courtesy: Instagram)

New Delhi: Director Punit Malhotra's Students Ananya Panday, Tiger Shroff and Tara Sutria have different priorities. While newcomers Ananya and Tara, are fighting the icy weather of Mussoorie, Tiger Shroff is busy to check Avengers: Infinity War off his films check list. Punit Malhotra shared a picture of Ananya, daughter of Chunky and Bhavana Panday, with Tara, struggling to keep awake in a cold weather. "The students fighting the cold," he captioned the photo. Meanwhile, Tiger Shroff shared a photo of himself walking boldly out of his hotel to catch a show of the new Marvel film. "Me heading for #Avengers like," the actor captioned the post. Clearly, fans like Tiger Shroff have contributed in the films bumper Rs 30 crore opening in India.

Last week, the Student Of The Year 2 actors shared their versions of Mussoorie on Instagram. Ananya, shivering in cold, felt Rudolph-like while Tiger Shroff roamed around shirtless "trying to blend in with the monkeys."

Trying to blend in with the monkeys in mussoorie. #soty2

Before Mussoorie, the team of Student Of The Year 2 was filming in Dehradun. Photos and videos of the trio filming made their way on to the social media. In one leaked photo, Ananya, Tiger and Tara were sporting St Teresa's school blazer and from a video snippet we know that they've already filmed a song sequence.

Promoted
Listen to the latest songs, only on JioSaavn.com
Ananya and Tara are making their Bollywood debut in Student Of The Year 2. Tara Sutaria, who is a former Disney India star, has featured in a few shows while this is Ananya's first time in front of the camera. Tiger Shroff is five-films-old in the industry and he was last seen in Baaghi 2, which fared well at the box office.

Student Of The Year 2 will release on November 23.
Comments
student of the yearavengers infinity wartiger shroff