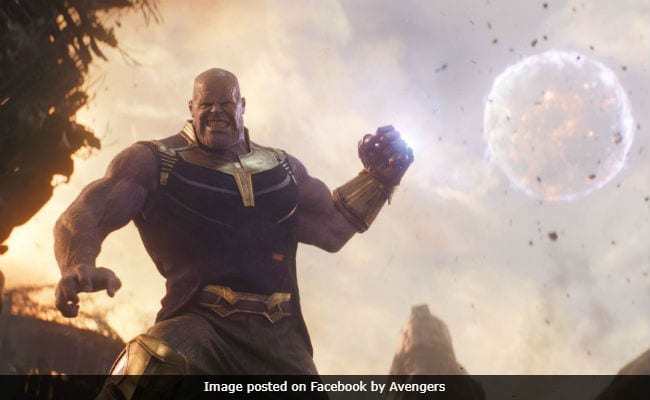 New Delhi: Marvel's new film Avengers: Infinity War has collected over Rs 30 crore at the Indian box office on the opening day - making it 2018's biggest opening in India. The film, which features all the supeheros of the Marvel Cinematic Universe (MCU), had a higher occupancy on day one than Bahubali - The Conclusion, the success story of which needs no retelling. A Box Office India report stated: "There has been no Hollywood film that has even reached 15 crore nett before this film so it's almost double their best in India." Avengers: Infinity War released in India on April 27.

Trade pundits have predicted a grand opening weekend for this mega film, which have been directed Joe and Anthony Russo. According to International tracking service ComScore, Infinity War, which cost $300 million to make, is aiming for a domestic opening at around $230 million opening. That would still be less than Star Wars: Force Awakens' $248 million weekend. A ComScore analyst said: "If any film has a shot at beating Force Awakens' record, it's Infinity War."

"Infinity War has a must-see factor built on the concept of bringing together of an almost unimaginable array of top Marvel characters in one enormous cinematic extravaganza," the analyst added.