Student Of The Year 2 Trailer: Perma-Airborne Tiger Shroff Is Butt Of Twitter Jokes

Earlier, Student Of The Year 2 was slammed for the outfit choices for Ananya Panday and Tara Sutaria, who play college students in the film 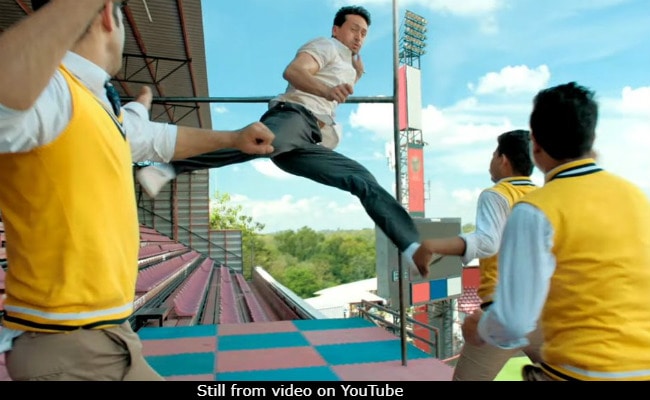 We know that Tiger Shroff loves stunts, particularly air jumps and kick-boxing and that's what he did through the most of Student Of The Year 2 trailer. Meanwhile, Twitter is having a field day seeing an airborne Tiger Shroff and can't stop sharing ROFL thoughts on Twitter. One user summed up Tiger's flying situation with an alternate title suggestion for the film's name: "Student Of The Year 2 should've simply been called Flying Jatt 2." One particular scene in the trailer features Tiger Shroff and Tara Sutaria dressed as Spider-Man and Wonder-Woman respectively - which means time for some meme fest on Twitter. "Of all the stunts Tiger Shroff has performed, uniting DC and Marvel stays on top," read a tweet.

Of all the stunts Tiger Shroff has performed, uniting DC and Marvel stays on top. pic.twitter.com/UKCyGrtEN3

But all these aside, take a look at how Twitter reacted to Tiger Shroff giving flying lessons:

Not a single soul:

Tiger Shroff has stayed airborne in the latest #SOTY2Trailer longer than Jet Airways this week.

It appears Twitter has more than one thing to say about Tiger Shroff. For example, how he's "replaced" Alia Bhatt from the former movie.

Tiger shroff should've made a career in dancing/ martial arts because he's really good at it and also because he can't act.

Why does Tiger Shroff has this urge of repeating dialogues in all his movies?
This time it is "Din tera tha, saal mera hoga"#StudentOfTheYear2#SOTY2Trailer

Also, netizens are trying to dig out the reason behind Ananya Panday and Tara Sutaria's almost negligible screen presence considering Student Of The Year 2 marks both their Bollywood debuts: "Why do Tara and Ananya have 15 secs each in a trailer? Isn't this their debut?" asked one user.

So many years and Tiger Shroff still can't deliver dialogues properly. The girls have zero screen presence. Who cut this trailer? And why did they even make this film?One of the shoddiest trailers I have seen in recent times. #SOTY2Trailer

Anyhow, if it's any consolation, Tiger Shroff has received shout-outs from the likes of Hrithik Roshan (with whom he's starring in a new movie) and former student Alia Bhatt.

All the best guys!!!! Looking like soo much fun... @iTIGERSHROFF#AnanyaPanday#TaraSutariahttps://t.co/bfoU4QJMmB