"At times things become so difficult, that you lose your mind," said Varun Badola 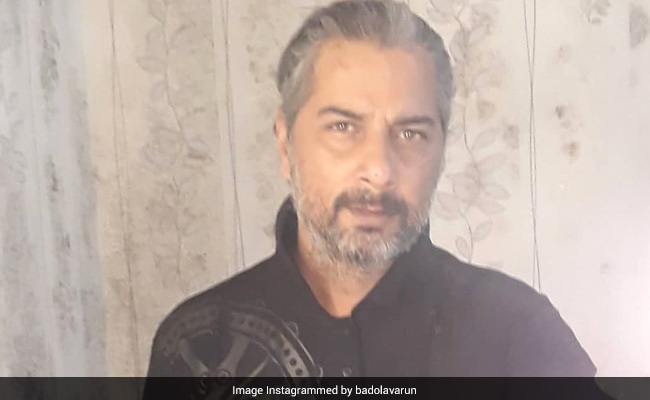 Actor Varun Badola says working in the film and TV industry comes with more mental challenges than physical and that is why an artiste must try to maintain sanity. The actor has made a name for himself with performances on shows like Koshish - Ek Aashaa, Des Mein Niklla Hoga Chand, Astitva.. Ek Prem Kahani, but believes it is important for one to remain "balanced" through the highs and lows. "The biggest challenge is keeping your sanity. In the industry, the struggle is more mental than physical. There have been times when I've done fantastic roles but the problem was nobody watched that.

"There have also been times when I've done roles which I have not liked, detested from the core of my heart, but the show had done brilliantly so I had to continue. You have to remain balanced, come what may," Varun told PTI.

The 46-year-old actor, who was last seen in Mere Dad Ki Dulhan before the coronavirus-led lockdown halted production on the show, said it is difficult to remain unmoved by the whirlwind of the industry but one has to keep going.

"It is not easy, always. You have to fight as hard as you can and not throw in the towel. Even if the pressure is there in the industry, I have not taken it."

In a career spanning nearly three decades, the actor has also appeared in films and worked with Tigmanshu Dhulia as assistant director in the filmmaker's early films Haasil and Charas.

Varun said there was a time when he was not being offered any acting assignment and so he switched to direction and writing. The move, the actor noted, was possible because he had the luxury to do so.

"Not everybody is blessed with everything and there are so many things in the world that I can't do. But yes, at times things become so difficult, that you lose your mind. It doesn't take too long for that," he said.

The actor is gearing up for his SonyLIV web series, Your Honor, the Indian adaptation of the Israeli series Kvodo. The show chronicles the life of Bishan Khosla (Jimmy Sheirgill), who is to be promoted as a High Court judge but things take a turn when his son gets involved in a hit-and-run case.

The actor said Your Honor ticked all the boxes for him to come on board - a riveting script, competent cast and the opportunity to play a righteous CRPF officer. "When you're doing a web series, you're aware that you'll get a lot of time to work on your character. I really liked the story and was blown away by what the show had to tell. It also gave me an opportunity to work with Jimmy, Mita Vashisht and I didn't want to miss that.

"My character is a CRPF officer who has come up the hard way. It's about how life throws a challenging, testing situation when the accident happens and I had to keep that in mind while playing the role." The series, directed by E Niwas, also features Yashpal Sharma, Parul Gulati, Suhasini Mulay among others.