In Stree, Rajkummar Rao will play the role of a tailor 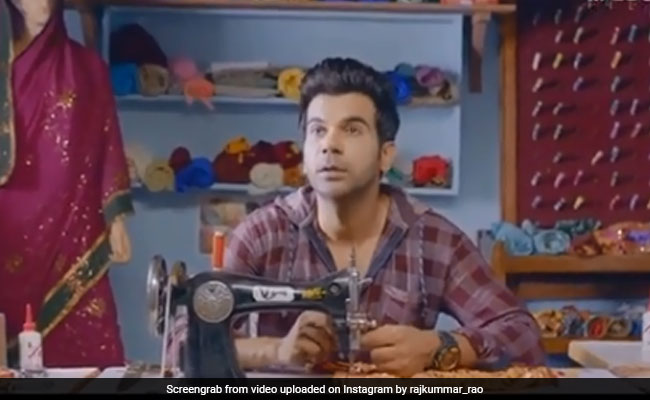 Rajkummar Rao, who is currently busy with the promotions of his upcoming film Stree revealed that he was the one to come up with the title of the film, news agency PTI reported. "When Raj and DK came and narrated me the script, the title was something else. But in conversation, I told them if we can name it Stree. In a way I was the one who decided the title. I found that one word very catchy," he said. Speaking about his film, Rajkummar Rao said that the content of the film is very "fresh" and "new". "Stree is something fresh and new. Audiences want to see different kind of content on-screen and Stree is exactly that. It is a unique genre horror-comedy which has not been explored much in our country," PTI quoted the actor as saying.

In Stree, Rajkummar Rao plays the role of a tailor. For his role in the film, he underwent a month long training to learn the skills of stitching. In a previous interview to PTI, Rajkummar said: "Once you sit on that chair, the coordination and reflexes are something else. You can cheat with a body double but I wanted to do everything and bought myself a sewing machine and hired a tailor in Mumbai to teach me how to sew. I also had a tailor guiding me on the sets in Chanderi."

After Rajkummar Rao is done with the promotional duties for Stree, the actor will start shooting for his next film, Made In China. "I am going to start shooting for Made In China with Boman sir (Irani) from September 4. We will be in Ahemdabad for around five weeks. It is a drama-comedy. It is story of this young Gujrati businessman who is trying to make it big," the 33-year-old actor said. The film also features Mouni Roy in a pivotal role.

Directed by Amar Kaushik, Stree will hit the screen on August 31.