Stree: Rajkummar Rao Says, He Still Chooses A Script Where The 'Story Interests' Him

Rajkummar Rao is currently busy with the promotional duties of Stree 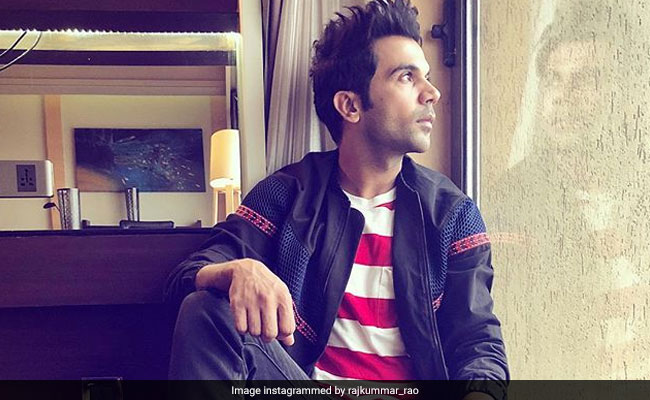 Rajkummar Rao, who is busy with the promotional duties of his upcoming film Stree, said that when it comes to choosing a script, he goes with the one which "interests" him, news agency IANS reported. "My parameter of judging a script has not changed over the years. I still go for a script where the story interests me. Yes, there are times where I might go wrong; say, out of five scripts, I might go wrong on one," IANS quoted the actor as saying. "But that is only natural and the ratio is not bad I guess. I try to bring all my sincerity to the character I play. That way I am dedicated," the 33-year-old actor added.

Speaking about his next film Stree, which is a horror comedy, Rajkummar Rao said: "It is an interesting genre that has not been explored because it is not just a comedy or horror film. It is damn funny and scary in parts." The actor, who is playing a tailor in the film said that his character was "exciting" for him to explore. "So for an audience, it is a good dose of entertainment. The overall character that I am playing in the film was very exciting for me to explore, so I did not take time to say 'yes' to the film," Rajkummar Told IANS.

Rajkummar Rao, who is working with Shraddha Kapoor for the first time in Stree, said that he knew her long before he started shooting for the film. "I know Shraddha from my Kai Po Che days and we always wanted to work together. This script was apt for us to collaborate. We had a good time working together," Rajkummar added.

Rajkummar Rao was recently seen in Fanney Khan, which failed to make its presence felt at the box office. Fanney Khan explored the bond between a father and daughter. The film also featured Anil Kapoor, Aishwarya Rai Bachchan, Divya Dutta and Pihu Sand. Rajkummar Rao played a pivotal role in the film.