"Please support and stand by his family and fans as the loss of a loved one is extremely painful," wrote Salman Khan 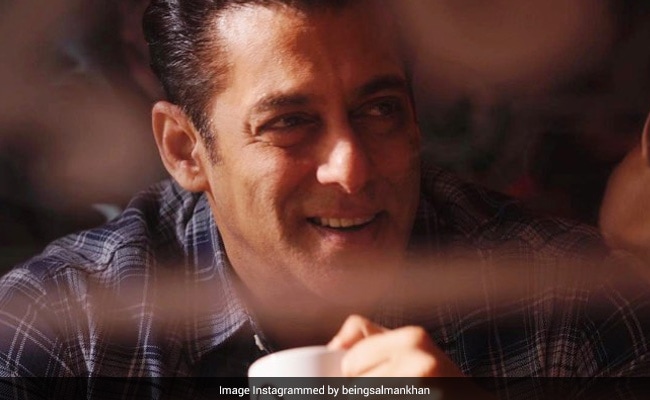 Sushant Singh Rajput's death prompted a lot of his co-stars and colleagues to call out the "Bollywood Privilege Club" and the nepotism rampant in the film industry. One of the names that got called out among the many prominent Bollywood personalities is that of Salman Khan. Salman Khan trended a great deal for one week on Twitter with Sushant Singh Rajput's fans raging against him. Salman, in a tweet on Sunday, requested his fans to support Sushant's fans and not get affected by the language and the curses used against him. Salman Khan wrote, "A request to all my fans to stand with Sushant's fans and not to go by the language and the curses used but to go with the emotion behind it. Please support and stand by his family and fans as the loss of a loved one is extremely painful." Read his tweet here:

A request to all my fans to stand with sushant's fans n not to go by the language n the curses used but to go with the emotion behind it. Pls support n stand by his family n fans as the loss of a loved one is extremely painful.

Sushant Singh Rajput was found dead at his Mumbai residence on June 14. Police say he died by suicide and an investigation is on. Post Sushant's death, many of his colleagues such as Vivek Oberoi, Raveena Tandon, Ranvir Shorey, and filmmakers Anubhav Sinha and Shekhar Kapur called out the nepotism in the film industry. Karan Johar and Alia Bhatt trended on Twitter for sharing their tributes for the late actor but having had spoken dismissively about Mr Rajput on Karan Johar's chat show Koffee With Karan, where Sushant was never invited.

In a Facebook post, Abhinav Kashyap, who directed Salman Khan in the 2010 film Dabangg, alleged that "Salman Khan and family sabotaged the release of" his film. An excerpt of his post read, "Mr Salman Khan and family sabotaged the release of the film and got their PROs to run a sustained negative smear campaign against me and my film Besharam before release. This scared the distributors from buying my film. Reliance Entertainment and I were capable and courageous enough to release the film ourselves but the battle had just begun. My enemies, which there were many ran a sustained negative trolling and badmouthing campaign against the film till the box office of my film collapsed." Actor-filmmaker Arbaaz Khan told Hindustan Times in an interview that legal actions will be taken against Abhinav Kashyap for accusing them of sabotaging his film. Read Abhinav Kashyap's post here:

Sushant Singh Rajput, who shot to fame with the TV soap Pavitra Rishta, starred in films such as Raabta, Kai Po Che, Detective Byomkesh Bakshy, MS Dhoni: The Untold Story and Kedarnath among others. He was last seen in the 2019 film Chhichhore and the Netflix film Drive.