Read inOther Languages
This Article is From Jun 17, 2020

"Don't know where all this coming from," said Arbaaz 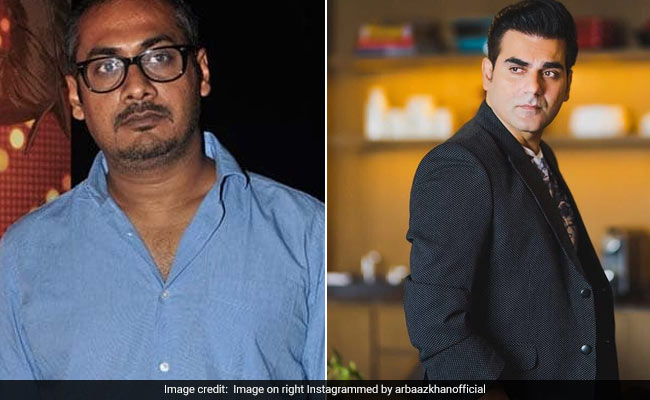 Actor-filmmaker Arbaaz Khan has said the family - father Salim Khan and brothers Salman and Sohail - will be taking legal action against director Abhinav Kashyap who, in a lengthy Facebook post, accused them of harassment and of sabotaging his 2013 film Besharam. Mr Kashyap directed 2010 film Dabangg, starring both Salman and Arbaaz Khan, and has not worked since Besharam. Speaking to Hindustan Times, Arbaaz Khan, who directed Dabanng 2 after Mr Kashyap left the project, said he doesn't know where Mr Kashyap's allegations are "coming from" and that the Khans had taken legal action against him once before.

"We have had no communication with Abhinav since we started working on Dabangg 2. We parted ways professionally. Don't know where all this coming from. We are taking legal action," Arbaaz Khan told Hindustan Times. Abhinav Kashyap levelled these allegations in a previous Facebook post as well. "We have already taken legal action even before this post; it was after his earlier post," Arbaaz Khan told Hindustan Times.

Salman and Arbaaz's father Salim Khan has also addressed the accusations, saying they are not worth his time. Speaking to Bombay Times, he said "Let him do whatever he wants, I am not going to waste time in reacting to what he says."

In a Facebook post shared this week, Abhinav Kashyap alleged that he quit as director of Dabangg 2 because the Khans were "trying to control (his) career by bullying (him)." He also accused them of attempting to prevent the release of Besharam and then, when the film did release, of sabotaging its box office business. He also alleged that he received threats by text which he attributes to the Khans.

Abhinav Kashyap's post was prefaced with a plea to the government for a detailed investigation into actor Sushant Singh Rajput's death. Mr Rajput, the star of films such as Chhichhore and MS Dhoni: The Untold Story, was found dead at home in Mumbai on Sunday - police say it was suicide. Allegations that the 34-year-old actor was depressed because of professional rivalry will be investigated, the Maharashtra government has announced.

Sushant Singh Rajput's death has opened a can of worms - politician Sanjay Nirupam alleges he lost seven films in the course of six months despite the success of 2019's Chhichhore; rumours that major production houses shut him out has prompted a flood of angry tweets and recriminations on social media. Some industry voices, among them actors Raveena Tandon and Vivek Oberoi, have also shared posts critical of the film industry.