SS Rajamouli's critique of Parasite offended netizens, who trolled him on Twitter 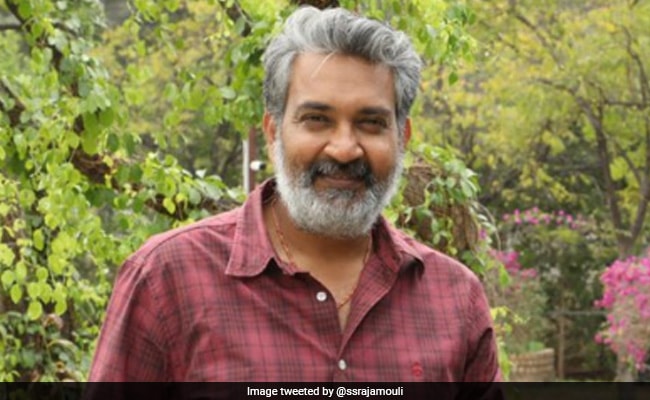 Celebrated south filmmaker SS Rajamouli, who has a huge fan following, was trolled on Twitter for a recent interview, in which he shared his views about Parasite. In a television interview, SS Rajamouli apparently said that he started watching Bong Joo-ho's Oscar-winning movie at night and snoozed off as he found the pace of the movie to be a "little slow." According to News18, this is what the Baahubali director said during a television interview: "Parasite didn't work much for me. I felt the film was a little slow in the beginning. We started watching the film a little bit late around 10 pm, and so halfway through, I dozed off and slept."

However, 46-year-old filmmaker's critique of Parasite offended netizens, who trolled him on Twitter with comments such as: "Please comment on any film only after watching it properly and not sleeping midway. Not a movie buff's trait." Another angry user hinted at Rajamouli's Baahubali series of films and said: "Rajamouli thinks a movie is all about unrealistic elevation of the lead actor" while another tweet said: "What do you expect from the guy who makes hero-worshipping movies, who comes from the mass masala movie industry?"

#Rajamouli couldnt find anything to copy from #Parasite#Rajamouli thinks a movie is all about unrealistic elevation of the lead actor. Him not liking #Parasite is no surprise Ask Malayalam directors about Parasite they r more reliable since Malayalam movies r realistic #Prabhashttps://t.co/91JnbcChah

#Rajamouli calls #parasite boring.what do you expect from the guy who makes hero worshipping movies who comes from the mass masala movie industry.not expected from india's no.1 director.
Ps:i felt it wasn't an oscar worthy movie too just like birdman

I'm waiting for some guys who initially said they loved #Parasite to now recant their statement because Rajamouli reportedly said he slept through it. I can already hear someone saying, "You know what, on second thought, I think it's so overrated, bruh."

Ok @ssrajamouli, maybe #Parasite is not for you. Maybe your taste in films is different and maybe you like mostly big scale entertainers like your own films or marvel films. But pls cmnt on any film only after watching it properly and not sleeping midway-Not a movie buff's trait

I think he mistakenly downloaded dilwale instead of parasite

At this year's Oscars, held in February, South Korean filmmaker Bong Joo-ho made history by winning Best Director for Parasite, which also won Best Picture, Best International Feature and Best Original Screenplay. In his review of the South Korean film to NDTV, film critic Saibal Chatterjee wrote: "Bong Joon-ho approaches the theme of deprivation and greed with bared claws, scratching away one layer at a time."

SS Rajamouli is best known for directing the Baahubali films, which turned out to be absolute blockbusters. His next film RRR is also a big budget project and stars names such as N T Rama Rao Jr, Ram Charan, Ajay Devgn and Alia Bhatt.

Eid 2020: Can You Guess What's Cooking In Hina Khan's Kitchen?