"Every Oscar nominated movie this year is a must watch. I feel like Jojo Rabbit was really up there for me," said Deepika 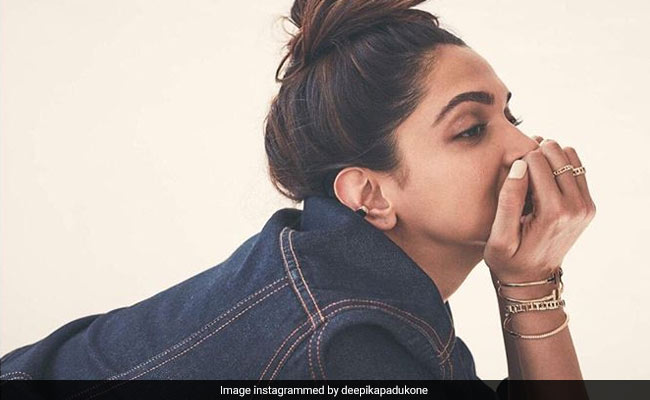 Busy star Deepika Padukone is finally catching up on films - one each a night - during the lockdown. The 34-year-old actress participated in a conference video call with film critic Rajeev Masand, along with filmmaker Shakun Batra and revealed: "I've been watching a movie every night." Deepika's recommended list of movies includes all films that were nominated for Oscars this year. "Every Oscar nominated movie this year is a must watch. I of course loved Parasite but I feel like Jojo Rabbit was really up there for me. They were all amazing... Ford v Ferrari... all pretty amazing. But I feel like if there's one really strong contender for Parasite, it would be Jojo Rabbit for me," said Deepika.

Meanwhile, Deepika started a series on Instagram about what's keeping her busy during the lockdown. From organising cupboard to sorting kitchen supplies and working-out to skin treatment, everything found a mention on Deepika's series till it was interrupted by Katrina Kaif. "I regret to inform you that Season 1: Episode 5 stands cancelled because Katrina stole my idea! Hmmff," Deepika captioned a post, re-sharing Katrina's video.

I regret to inform you that Season 1:Episode 5 stands cancelled because @katrinakaif stole my idea!Hmmff!! #PlagiarismInTheTimeOfCovid19

Season 1:Episode 2 Productivity in the time of COVID-19! #selflove #selfcare

Season 1:Episode 1 Productivity in the time of COVID-19! #cleaning #wardrobe

Season 1:Episode 6 You know...In case it wasn't clear enough.. #wannabemariekondo Productivity in the time of COVID-19!

On the work front, Deepika was last seen in Chhapaak. She co-stars with Ranveer Singh in Kabir Khan's sports drama '83, which has been rescheduled indefinitely. Deepika has also been roped in for the Hindi remake of The Intern, starring Rishi Kapoor. Deepika has a film with Shakun Batra in the pipeline as well. The cast of the film includes Ananya Panday and Ranveer's Gully Boy co-star Siddhant Chaturvedi.