Sridevi's Mom Motion Poster: Shades Of A Mother, As Explained By Nawazuddin Siddiqui 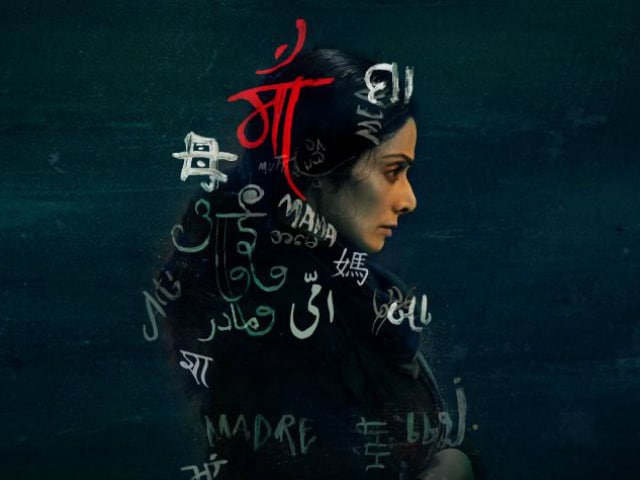 Sridevi in a poster of the film

New Delhi: Actress Sridevi has revealed the motion poster of her much talked-about upcoming film Mom, in which she plays the protagonist. "A mom's love knows no bounds!" Sridevi wrote in her tweet when she shared the motion poster on Friday evening. The teaser features simply a narration in the voice of what appears to be actor Nawazuddin Siddiqui's while the word mother is formed in animation in multiple languages in the background. The release comes a day after Raveena Tandon unveiled the trailer of her new film titled Maatr, also meaning mother. Earlier this month, the still posters of both the films were revealed consecutively.

This is how Sridevi shared the motion poster on Friday:

Promoted
Listen to the latest songs, only on JioSaavn.com
Sridevi's last Bollywood film was Gauri Shinde's English Vinglish, which was her first movie after a gap of 15 years. Sridevi also won the Filmfare Best Actress Award for playing the role of a simple housewife in the film.

Meanwhile, Raveena Tandon's Maatr is scheduled to release in theatres on April 21.