Sridevi's Childhood Friend Reveals Her Last Conversation With The Actress

Priya Reddy spoke to Sridevi days before she left for Dubai. 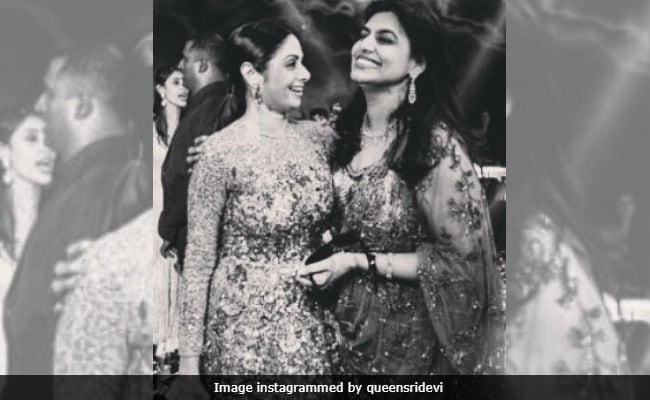 Sridevi with Pinky Reddy at a wedding. (Image courtesy: queensridevi)

New Delhi: Sridevi's childhood friend Pinky Reddy revealed that the late actress was down with fever when she attended her nephew Mohit Marwah's wedding in Dubai. She told mid-day: "I spoke to her the day she was leaving for Dubai. She was down with fever and was on antibiotics. She was feeling tired, but she said that she has to go for the wedding." Ms Reddy and Sridevi have been friends from when they were both eight-years-old. Ms Reddy's father was also one of the producers of Sridevi's iconic film Chandni. "I have seen her professional rise. (Her death) is shocking. We are devastated," she told mid-day.

Of the reports of the many cosmetic surgeries Sridevi underwent, which have gone viral after the actress died in Dubai on Saturday, Ms Reddy said: "It hurts me that people are making her death into such a joke. People are saying that she underwent liposuction and took fat burners. Why can't people remember the good things about her instead of talking about all this? After she has gone, how can they even utter such mean and vile things?"

Sridevi died by drowning in the bathtub of the hotel she was staying in Dubai, the final postmortem report stated. The actress was flown to Mumbai on Tuesday after a delay of three days during which her husband Boney Kapoor recorded his statement with the Dubai Police. Mr Kapoor found Sridevi in an unconscious state in the bathtub of her hotel room. After the doctors failed to revive her, she was declared dead.

Promoted
Listen to the latest songs, only on JioSaavn.com
"I spoke to Boney yesterday, he is shattered," said Ms Reddy, who also slammed the reports suggesting foul play in Sridevi's death. "They were such a lovey-dovey couple. I doubt if they ever had fights. They were in love and were so happy together. Such things shouldn't be said at such an unfortunate time," she told mid-day.

The Kapoors organized a formal condolence meet for Sridevi on Wednesday. She was cremated with state honours.