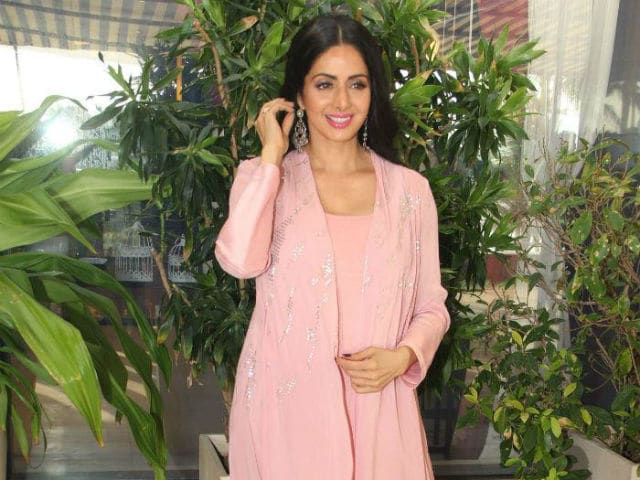 New Delhi: Sridevi is celebrating her 54th birthday today and wishes are pouring in for the actress from all across. Celebrities like Rishi Kapoor, Abhishek Bachchan, Kajol, Riteish Deshmukh, Shekhar Kapur and Prosenjit Chatterjee extended their best wishes for her on social media. Rishi Kapoor, who has co-starred with Sridevi in films like Chandni, Nagina, Banjaran and Kaun Sachcha Kaun Jhootha, tweeted, "@SrideviBKapoor Many Happy Returns of the day!" Kajol also wished her favourite actor on Twitter. The 43-year-old actress wrote, "Wishing my most fav actor a wonderful year ahead @SrideviBKapoor. 50 years working and making it look easy." See the tweets here:

@SrideviBKapoor Many Happy Returns of the day!

Wishing my most fav actor a wonderful year ahead @SrideviBKapoor. 50 years working and making it look easy ;)

Actor Riteish Deshmukh shared a picture of Sridevi in which she is seen posing behind the camera. The picture reads, "Sridevi Kapoor- 'I am very simple. All these praises scare me. I feel like a newcomer.'"

Shekhar Kapur, who directed Sridevi's 1987 super-hit film Mr India, shared a nostalgic photograph. In the picture, Sridevi and the filmmaker can be seen having a deep conversation on the sets of the film. "Memories of great times .. @SrideviBKapoor and I on sets of #MrIndia. There was so much joy in making that film, and Sridevi was so amazing!," Mr Kapur tweeted.

Memories of great times .. @SrideviBKapoor and I on sets of #MrIndia. There was so much joy in making that film, and Sridevi was so amazing! pic.twitter.com/l6mtT1UAHW

Wish you a many many happy returns of this day @SrideviBKapoor respect your dedication.. pic.twitter.com/WnXAwtkOSD

Sridevi made her acting debut at the age of four with M A Thirumugham's Thunaivan. She made her Bollywood debut as a child artist in 1975 movie Julie.

Sridevi last featured in MOM, which is her 300th film.

In an earlier interview with news agency PTI, Sridevi said that she has never let success go to her head.

"I have never felt that I am a star. It never came to my mind. The day you start feeling it, you will move back (in your career). For me stardom is feeling happiness and being positive," PTI quoted Sridevi as saying.

Promoted
Listen to the latest songs, only on JioSaavn.com
Happy Birthday, Sridevi!