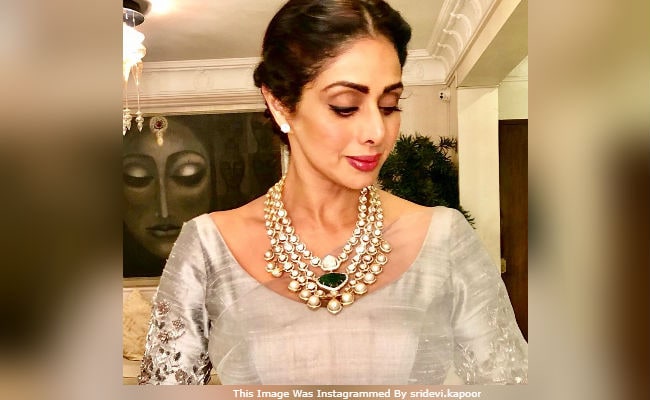 New York: Indian cinema icons Shashi Kapoor and Sridevi will be remembered at the New York Indian Film Festival. The event will be held from May 7-12. Shashi Kapoor, star of Merchant-Ivory films such as The Householder, will be honoured with the screenings of Shakespeare Wallah and Heat and Dust, reports variety.com.

The fest will also hold a Merchant-Ivory retrospective that also includes the screening of Autobiography of a Princess, starring Madhur Jaffrey.

To honour Sridevi, her 2012 hitEnglish Vinglish, which was mainly set in New York, will be screened.

Son of Prithviraj Kapoor and younger brother of Raj Kapoor and Shammi Kapoor, Shashi Kapoor made his debut in Bollywood with the 1961 film Dharmputra after working as a child artist. He passed away in December 2017.

Bollywood's ultimate "charm house" Shashi Kapoor then went on to make a name for himself globally by associating with international cinema. He was honoured with the Padma Bhushan -- the third highest civilian honour -- by the Indian government in 2011.

Sridevi, known for her ability to slip into myriad roles, expressive eyes, sheer comic timing and her fluid dancing skills, died on February 24. Her death left everyone shocked and saddened.

The fest opens on May 7 with Nude, a Marathi-language film directed by Ravi Jadhav.

The story centres around a single mother who gets a job as a nude model at an art school but fears the judgment of others and keeps her job a secret.

Promoted
Listen to the latest songs, only on JioSaavn.com
Hansal Mehta's Omerta, starring Rajkummar Rao, is the closing night film on May 12. The film traces the life of British-Pakistani terrorist Omar Saeed Sheikh.