"I gave the inputs not just for my outfits but also for Parth's outfits to match with the backdrop and give him the the apt Rajasthani vibe," said Khushalii Kumar 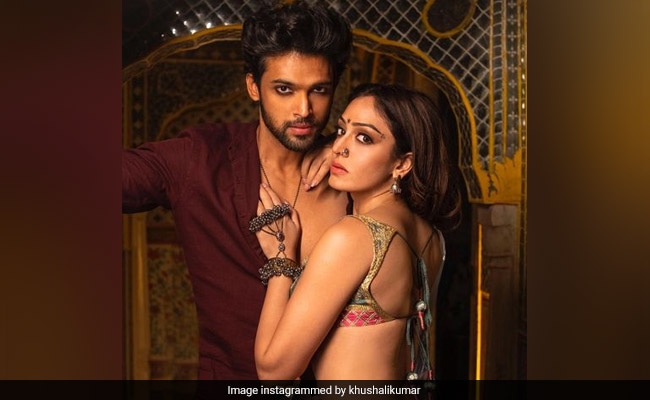 Love is in the air and Bhushan Kumar's T-Series motion picture track Dhokha proves just that! The track featuring Khushali Kumar, solidifies her versatility and talent as an actress who is here to make a mark. Shot against the backdrop of Rajasthan the actress looks ethereal in authentic Rajasthani attire with styling and makeup absolutely on point. From beautiful locations to the ethnic attire Khushalii looks nothing less than a diva and an excellent actress in each scene.

The gorgeous and talented actress who never fails to impress us with her projects is also known for her fabulous sense of style. For her motion picture track Dhokha, Khushalii made sure each and every outfit she wore was authentic and went  with the backdrop. Being the perfectionist, Khushalii gave her inputs on getting into the skin of a Rajasthani girl from the clothes to her makeup, as she wanted it all to be apt!

From mirror works on the gorgeous lehengas she adorned to traditional bandhani dresses, the stunner looked extremely regal and absolutely graceful in all of them. Not just for herself, the stunner also helped style Parth Samthaan's outfit to match with the local traditional printed shirts and his makeup. The diva was all over the place to make sure everything was topnotch for the track! Not just outfits but Khushalii also immersed herself into choosing her jewelry with the outfit which consisted of oxidised authentic silver neckpieces, mathapattis and nose rings which is why looking at her in the track was surely a treat to the eyes.

"I was playing the role of a Rajasthani girl and I wanted to get into the skin of the character. While exploring the local area it helped me to understand and learn how my look should be which is how I gave the inputs not just for my outfits but also for Parth's outfits to match with the backdrop and give him the the apt Rajasthani vibe. I made sure our look would do justice with our characters. There was this one time that I saw a tribal women in the area with the black dots painted on her face near her eyes and on the chin and made it a point to include that in my look by explaining it the makeup artists." says, Khushalii Kumar.