Spider-Man: Far From Home - A Definitive Ranking Of All 8 Spidey Films

Where does the newly released Spider-Man: Far From Home rank in the wall-crawler's cinematic library? 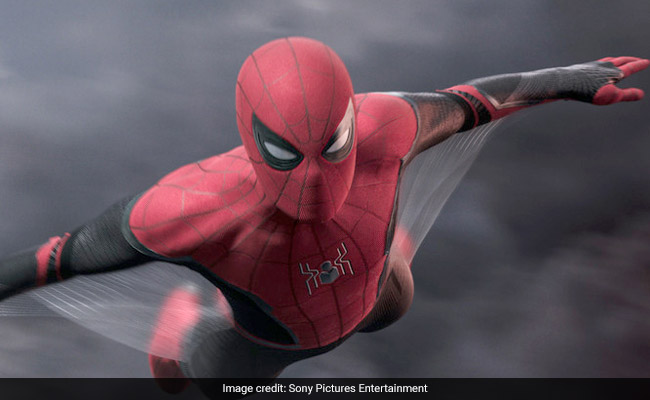 With Spider-Man: Far From Home now in theaters, it's time to revisit our ranking of the now eight - and counting - Spider-Man films.

"Far From Home" swings into our best three Spidey-flicks of all-time, but does it make its way to the top? Or does an animated Miles Morales put up a fight?

With Marvel Studios and Sony cruising along and sharing Spider-Man in the Marvel Cinematic Universe; more sequels with star Tom Holland likely, and the animated, Oscar-winning "Spider-Verse" just getting started, this list is likely to change again soon. Anything's possible creatively with Spider-Man at the movies again.

Here's where the films stand now.

The "Spider-Man" movie that must not be named. Director Sam Raimi got a villain and a plot line that he was rumored to have wanted no part of (Venom and his black, alien suit that takes over Spider-Man for a bit), and we got a movie that looks like something no one wanted to make. Once star Tobey Maguire starts dancing, we know this is not going to be one of the all-time-great Spidey-films. The love story of Peter Parker and Mary Jane Watson seems to all but disappear amid drama. Venom, perhaps the most intense, imposing Spider-Man villain of all, is played by someone from "That '70s Show," and even Aunt May looks like she realizes this was all a bad idea. They couldn't even get black-suit Spider-Man right, giving him a regular Spidey-suit painted black instead of the classic all-black, no webbing version in the comics. The best part of this movie: Thomas Haden Church's sympathetic Sandman.

Making a movie when you've got a great idea is one thing. Making a movie because you don't want to lose the rights to one of the most popular superheroes ever is another. Raimi and Maguire walking away from "Spider-Man 4" gave birth to "The Amazing Spider-Man," a good movie that exists because Sony thought it had to, not because fans were clamoring for it. In this reboot of the franchise, Andrew Garfield is a pretty decent Spider-Man but an even better Peter, if for no other reason than he looks like he was drawn by classic Spider-Man artist Mark Bagley. While he shows some potential as a New York-accented, joke-cracking version who's likable but working with a not-so-great Spidey suit, this film has perhaps the least thrilling Spider-Man movie villain ever, Rhys Ifans's Lizard.

Back in darker times, when we were all convinced Spider-Man would never be a part of Marvel Studios, this was the best we thought we would get from a Spider-Man film post-Raimi. We get a better-put-together costume that takes influence from the big-eyed comic-book versions of the '90s - and helps makes up for how bad all the villains look. Hipster Harry Osborn (Dane DeHaan) works well as a friend from Peter's past but not as the next Green Goblin. Jamie Foxx's Electro takes on a nerdy, Jim Carrey/Riddler personality that feels too comic book-ish even for a superhero film, and Paul Giamatti's Rhino isn't even worth mentioning. So heavy is the shadow of Marvel Studios at this point that not even the strong chemistry of Garfield and Emma Stone's Gwen Stacy could save the franchise that ended with this installment. This movie gave us a beautifully executed Stacy death scene - one of the most powerful moments in the history of Spider-Man comics - and it wasn't enough. At this point, Sony knew they needed the Marvel Studios touch.

If you have superhero movie fatigue, you can thank the first "Spider-Man" film, the first movie to debut with a $100 million opening weekend. "X-Men" hit theaters in 2000, but Raimi's "Spider-Man" was the first superhero movie since 1989's "Batman" to feel like a worldwide pop-culture event. Perhaps this movie's only flaw was a silly Green Goblin suit - Willem Dafoe was actually much more menacing outside of it as he went to war with Maguire's Spider-Man while slowly going insane. A classic upside-down kiss with Mary Jane might be this film's most memorable moment, and the web swinging in New York, when seen for the first time, had a Christopher Reeve/Superman flying for the first time feel to it. "Spider-Man" feels a little dated now in this new era of superhero movies, but it is still an undeniable classic.

Spider-Man is finally home where he belongs: Marvel Studios. Once the cinematic road to the Avengers was created, it never seemed right that Spider-Man's deal with Sony made it so he couldn't fight alongside Iron Man and company. "Homecoming" isn't just a declaration of Avenger-hood, however - it almost magically feels like a brand new Spider-Man movie, despite being the sixth one released. Holland's Peter leads an actually young cast of high school supporting players. Michael Keaton gives an all-time Spider-villain performance as the Vulture (we shouldn't be surprised, the guy is Batman). And Spider-Man has never looked better, with a suit that's a nod to the Spider-Man art of the '60s and '70s up top with its webbed wings, and mixed with some high-tech, Iron Man-like magic. "Homecoming" takes Spider-Man out of the previous movies' dark shadows and shows it can be fun to be Spidey.

"Far From Home" had the tough task of being the first MCU movie in a post-Iron Man world, following the final battle in "Avengers: Endgame." But with great power comes great responsibility. Peter is on his own and in Europe on a school trip, trying to focus on his crush, MJ, and not his superpowers. Nick Fury (Samuel L. Jackson), however, is the Marvel glue that won't let that happen. "Far From Home" re-ups the talented young cast (Holland, Zendaya, Jacob Batalon) of its predecessor, with lots of laughs and a visually spectacular performance from Jake Gyllenhaal as Mysterio. The Marvel Studios magic is everywhere with appearances from movie staples such as Jackson's Fury, Maria Hill (Cobie Smulders) and Jon Favreau, the original "Iron Man" director, as Happy Hogan. Sony and Marvel Studios have found their groove with this fun reboot (well, sequel to the reboot), with the best still possibly yet to come.

Taking its cue from the "Spider-Man No More" story line of 1967's "Amazing Spider-Man" No. 50, Maguire plays a frustrated Peter who decides he's no longer going to allow Spider-Man to get in the way of the things most important to him - mainly his love for Mary Jane. Harry discovers that his best friend Peter is secretly Spider-Man and, convinced that Peter killed his father, Norman Osborn/the Green Goblin, Harry goes down the dark path of becoming a Goblin of his own. Alfred Molina gives a compelling performance as classic Spider-Man villain Doctor Octopus, and composer Danny Elfman, with an assist from superstar comic artist Alex Ross in the opening credits and some fun-to-watch skyscraper web-swinging at the movie's end, gives us one of the greatest superhero movie scores ever. "Spider-Man 2," despite now having a lot more competition, can still be considered one of the best superhero movies ever.

This film is not No. 1 just because a chance was taken on Miles Morales to lead a Spider-Man movie. "Spider-Verse" has given Sony a chance to invigorate their brand with a type of comic-book-heavy style that might not fly with the live-action Spider-Man movies. And those live-action movies? They're now a collaborative effort with Marvel Studios. "Spider-Verse," on top of being a story full of heart, never-before-seen animation style and authentic multicultural swag, is also a chance for Sony to make it big - solo - in the superhero movie genre, without having its hands held. There was a buzz about this movie, and unlike the other films on the list, "Spider-Verse" has the potential to not only produce sequels, but also spinoffs with a roster of popular spider-folks just as exciting as Morales. (And, oh yeah, there's that whole Academy Award thing ...)