Anil Kapoor's quirky caption will make you ROFL till the end of the day. 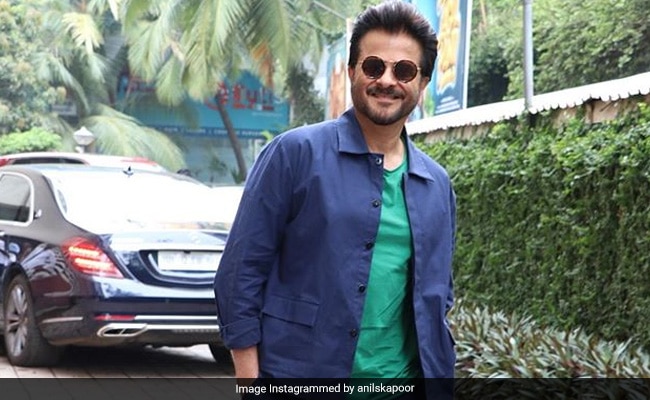 Anil Kapoor, currently on Pagalpanti promotional duty, shared several pictures of himself all set to join his team on social media with a quirky caption, which will make you ROFL till the end of the day. "When you have no bad photo angles #sorrynotsorry #Pagalpanti," Anil Kapoor wrote. Anil Kapoor's daughter Rhea Kapoor loved her father's swagger and shared heart emoticons in the comments thread. Shanoo Sharma, the casting director of several Yash Raj Films projects, commented, "I wanna be your official photographer! It's my next job!" Of course, Anil Kapoor's Instafan found the post, "Jhakaas."

Anil Kapoor is quite hilarious on Instagram and he has posted many pictures of himself with funny captions earlier too. Anil Kapoor once posted pictures from a photoshoot and wrote, "I could add some deep quote here but let's be honest I just wanted to post some good looking pictures of myself. #loveyourself #Iammyownmotivation."

I could add some deep quote here but let's be honest I just wanted to post some good looking pictures of myself. #loveyourself #Iammyownmotivation @colstonjulian

Or when he warned others to 'not to mess with the birthday boy' by sharing his 'bring me cake and nobody gets hurt face' look:

My bring me cake and nobody gets hurt face! #sorrynotsorry #mybirthdaysuit #dontmesswiththebirthdayboy

Anil Kapoor is currently looking forward to the release of the aforementioned film Pagalpanti, in which he co-stars with John Abraham, Arshad Warsi, Ileana D'Cruz, Kriti Kharbanda, Pulkit Samrat and Urvashi Rautela. Pagalpanti, directed by Anees Bazmee, is the story of three nobodies who decide to fool two gangsters to become rich.

Pagalpanti aside, Anil Kapoor also has Malang and Takht in his kitty.