"I clearly remember the audience walking out with every song," said Sooraj 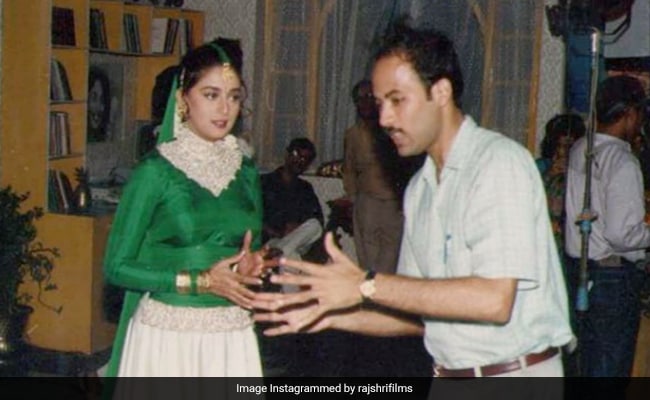 Sooraj Barjatya, whose latest film Uunchai is having a steady run at the box office, recently revealed that people walked out of the premiere of his 1994 film Hum Aapke Hain Koun..!, which he thought was "the greatest film" and that they were not liking it. In an interview with the Indian Express, the filmmaker said, "I learnt it very early with Hum Aapke Hain Koun..! because I thought I had made the greatest film, but when we had the premiere people were not liking it! I clearly remember the audience walking out with every song! I thought I had made a good film but then I started wondering, 'Ye kya hogaya' (what has happened)."

"I remember someone, a young person, telling me, 'This happens with everyone, this happened with Raj Kapoor ji also, so now you make your next soon.' It was only after four-five days when the families started coming, added Sooraj Barjatya."

Hum Aapke Hain Koun..! was Sooraj Barjatya's second directorial after the 1989 film Maine Pyar Kiya. The film, which was reportedly made with a budget of around Rs 6 crore, became the highest-grossing film of the year. However, according to the filmmaker, the film picked up only after the first weekend.

Sooraj Barjatya also said that youngsters don't watch his films. Speaking about Hum Aapke Hai Koun..!, the filmmaker said, "Youngsters didn't like the film initially, later they started taking their grandparents to theatres. Even today-except for Maine Pyaar Kiya-youngsters won't come for my movies! They come only with the intention that this I will show to my nani, nanaji."

The filmmaker added, "Hum Aapke Hain Koun..! taught me that I just have to make movies and present them. You never know what is going to happen on that Friday and you cannot blame the public that they don't know cinema. They know everything."