Sonu Nigam Discharged From Hospital In Kathmandu, Returns To India 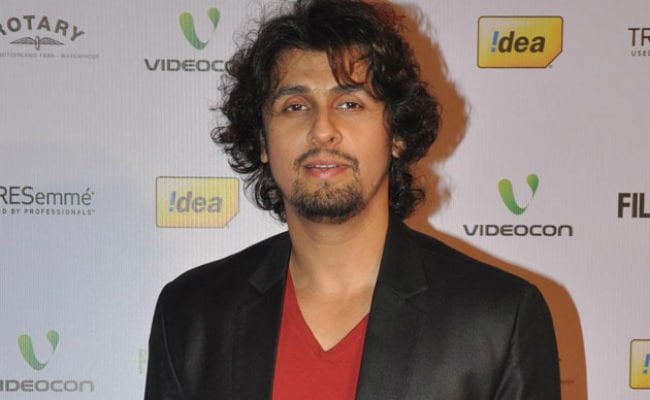 Singer Sonu Nigam, who was briefly admitted to a private hospital in Kathmandu after he complained of acute back pain, has been discharged earlier today, reported news agency ANI. Sonu Nigam was in Nepal for a pre-scheduled concert in Pokhara and was rushed to Kathmandu and admitted to Norvic International Hospital after suffering acute back pain, the report added. Meanwhile, the hospital authorities told ANI that the singer underwent immediate treatment, following which he was discharged. The hospital authorities also stated that Sonu Nigam is ready to fly back to India on Wednesday itself.

Ahead of that, RP Manali, the Deputy General Manager of Corporate Communication of the hospital, had confirmed the news and told ANI that an MRI was done and that the assessment report was awaited to proceed with further treatment. Sonu Nigam was supposed to leave for India on Tuesday but his itinerary had to be rescheduled following his health complaint.

My 2 kids Goggles Nigam and Shifu Nigam Real brothers Their another brother Zen Nigam, is with @teeshanigam The Joy they give us with their childishness and love Inexplicable @sonuhdam #mansbestfriend #dogsofinstagram #familylife

Earlier this month, the 45-year-old singer had to be admitted in Mumbai's Nanavati Hospital after he complained of difficulty in breathing due to an acute case of sea food allergy. Sonu Nigam, who shared a few photos from the hospital, revealed that one of his eyes was in a badly swollen state and as a cautionary tale, he shared his experience on Instagram: "Lesson for all of us, never ever ever, ever take a chance with allergies. Seafood in my case. If Nanavati Hospital wasn't nearby, my trachea would have swollen up further and lead to asphyxiation. Happy and healthy life to everyone."

Thanks for your concern and love. Now that you know that I am returning back from Jeypore Orissa after managing a concert last night, I now don't mind sharing how I was the day before yesterday. Lesson for all of us, Never ever ever ever take a chance with allergies. Sea food in my case. If Nanavati Hospital wasn't near by, my trachea would have swollen up further and lead to asphyxiation. Happy and Healthy life to everyone. #health #lifeisbeautiful #goodfortune

Sonu Nigam, who is a National Award-winning singer, has credits for over a hundred songs in eight languages including Hindi, Kannada, Tamil and Marathi.