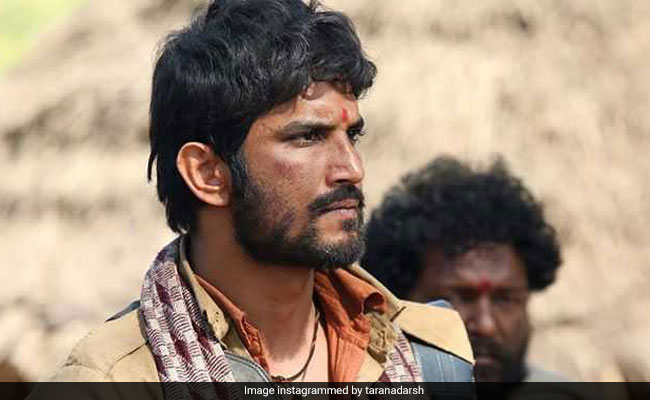 Sushant Singh Rajput in a still from Sonchiriya.(Image courtesy: taranadarsh)

Sonchiriya might have managed to impress the critics but it did not have an impressive start at the box office. The Abhishek Chaubey-directed film, which stars Sushant Singh Rajput and Bhumi Pednekar in the lead roles, managed to collect merely Rs 1.20 crore on its opening day, reports Bollywood trade analyst Taran Adarsh. According to Taran Adarsh, Sonchiriya's slow-paced performance at the box office could be attributed to the film's limited screens and the fact that it "caters to a niche audience." Taran Adarsh tweeted: "Sonchiriya opens to low numbers, since the screen count (720 screens), shows are limited and also because it caters to a niche audience... Biz on Day 2 and 3 crucial... Fri Rs 1.20 cr. India biz."

#SonChiriya opens to low numbers, since the screen count [720 screens]/shows are limited and also because it caters to a niche audience... Biz on Day 2 and 3 crucial... Fri 1.20 cr. India biz.

Sonchiriya opened to largely positive reviews from film critics. In his review for NDTV, film critic Saibal Chatterjee gave the film 3.5 stars out of five and he wrote: "The film completely upends the conventions of the genre. It draws the themes of crime and retribution, caste and gender, despair and redemption into the near-mythic, overarching sweep of the narrative."

Sonchiriya is a dacoit drama, which has been extensively shot in Chambal, Madhya Pradesh. Other than Sushant and Bhumi, the film also features Manoj Bajpayee, Ashutosh Rana and Ranvir Shorey among others.