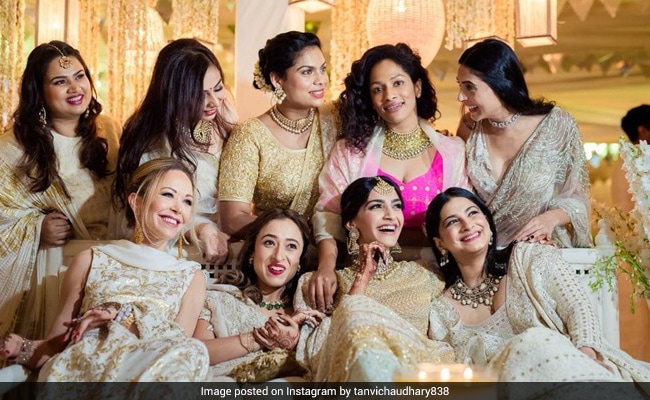 Sonam Kapoor, who is currently in New Delhi, along with her husband and Bhane owner Anand Ahuja, shared a stunning throwback picture of herself along with her girl gang. The picture features the Neerja actress with her sister Rhea Kapoor, designer Masaba Gupta, designer Pernia Qureshi, Ralph and Russo's creative director Tamara Ralph, entrepreneur Samyukta Nair, author Pooja Dhingra, designer Shehla Khan and photographer Karishma Karamchandani. The caption on her post read: "Miss my girlies." The picture appears to be from Sonam's mehndi festivities. Everyone except Masaba Gupta, can be seen wearing white outfits.

On Thursday, Sonam shared a throwback picture of herself along with her cousins Arjun Kapoor, Mohit and Akshay Marwah. She captioned the post: "I miss you all." Check out the super cute picture here: