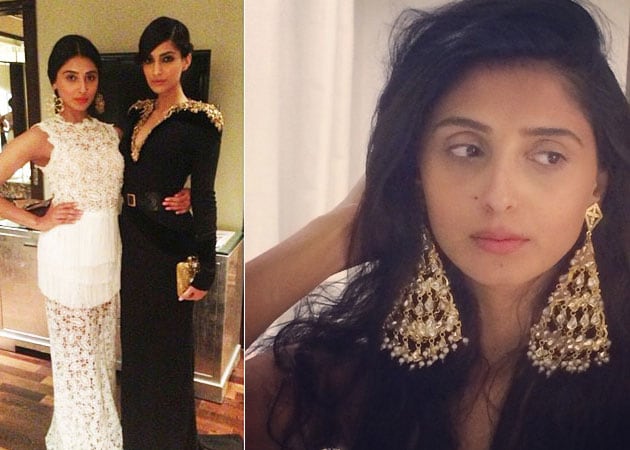 Stylist Pernia Qureshi says playing the lead in Muzaffar Ali's upcoming period film Raqs - The Dance Within is a dream come true. Best known for styling Sonam Kapoor in Aisha, Pernia is making her debut as an actress and she is essaying the role of a revolutionary dancer in the film which is set 20 years after Ali's Umrao Jaan.

"I was very flattered that somebody so well respected and such a great artiste saw potential in me. I was extremely excited to try something new in my life. I have been a dancer since childhood. It's one of the best opportunities because it is any actress' dream role. Muzaffar uncle has the best aesthetic sense in the country," Pernia told PTI.

The costume designer bagged the offer last year and says she insisted Ali to go through the screen test first because she was not sure about her acting skills.

"Muzaffar uncle had offered it to me. He was writing the script and felt I was fit for the role. He called me and asked if I was interested in doing it. I didn't know if I could really act. We did a screen test because, I did not want to get into something without being very sure. And after seeing the result he believed in me," Pernia said.

She is a trained kuchipudi dancer and for the film, Pernia had to learn Kathak from Birju Maharaj and Kumudini Lakhia, who had choreographed Rekha's mujra in the song In aankhon ki masti me in Umrao Jaan.

Promoted
Listen to the latest songs, only on JioSaavn.com
"I have been learning classical dance since the age of four. I learnt Kathak for few years but later I shifted to Kuchipudi and learnt it from Raja Radha Reddy. In this film, I am playing a Kathak dancer and to get the moves right, Maharaj ji had worked a lot on my body. I went to Gujarat and Kumudini ji choreographed two sequences for the film," she said.

Raqs: The Dance Within has been shot extensively in Lucknow at the ancestral house of Mr Ali. The film is expected to hit theatres February next year. Pernia says if the film does well, she will give acting a serious thought and will not restrict herself to a particular genre.