Sonam Kapoor To Rumoured Boyfriend: 'You Talkin To Me?' Fans Are Thrilled 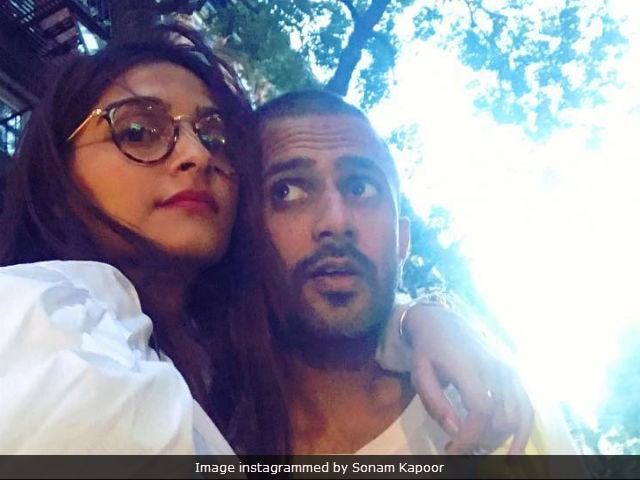 New Delhi: Actress Sonam Kapoor's new picture on Instagram, featuring her rumoured boyfriend Anand Ahuja, has received almost one lakh likes in less than three hours. Sonam and Anand Ahuja are in East Village Manhattan and looks like they're in a goofy mood. They were twinning in white t-shirts. Sonam brightened her look with a red lip colour with round frames. Sonam's followers took an Insta-liking to Sonam and Anand's pic and posted comments like 'Damnnnn sweet,' 'You deserve all the happiness' and 'Cute'. It seems the fans really like the two of them together. Some fans also added comments like 'Rab ne bana di jodi' and 'Guys just get married'. Take a look at Sonam's post:

Recently, Sonam Kapoor also slammed media reports, which talked about her alleged impending engagement to the Bhane owner. She said in a statement: "If I do get married or engaged I'll announce it on my own." She also wrote in separate a tweet: "A woman's worth is not quantified by a ring on her finger." Meanwhile, the Prem Ratan Dhan Payo actress was off to New York and with Anand Ahuja, who also shared a picture of the two on his Instagram handle saying 'day'(sic).

Sonam recently posted a picture of her wearing a cold shoulder top with palazzos, from fashion label Rheson, which she recently started with her sister Rhea Kapoor.