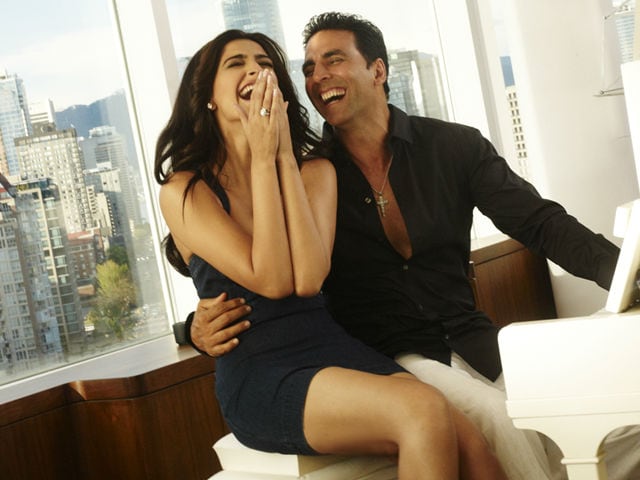 New Delhi: Actress Sonam Kapoor joins Akshay Kumar and R Balki's upcoming film Pad Man, which is produced by Twinkle Khanna under her new banner Mrs FunnyBones Productions. The 31-year-old actress was spotted at Balki's office in Bandra on Tuesday and later instagrammed the poster of the film with the caption: "Thrilled to be a part of this prestigious project." Actress Radhika Apte is also a part of the film which was also one of the stories in Twinkle Khanna's new book The Legend of Lakshmi Prasad, which released in 2016. Pad Man is based on the life of Arunachalam Muruganantham, who invented the low-cost sanitary pad making machine.

Sonam Kapoor and Akshay Kumar have co-starred in 2011 film Thank You.

This is Sonam Kapoor's announcement:

Sonam Kapoor was seen in last year's Neerja, directed by Ram Madhvani. In the recently announced Filmfare nomination list (which snubbed Akshay Kumar and his acclaimed films Rustom and Airlift) Sonam and her film secured several nods in key categories.

Promoted
Listen to the latest songs, only on JioSaavn.com
Meanwhile, Akshay is currently prepping for the release of his courtroom drama film Jolly LLB 2. Director Subhash Kapoor replaced his lead actor (Arshad Warsi) from the prequel which released in 2013 and was a sleeper hit. Annu Kapoor takes Boman Irani's place as the antagonist while National Award winning actor Saurabh Shukla retains his part. Jolly LLB 2 releases on February 10.

A super busy Akshay Kumar will also be seen in 2.0 with Rajinikanth and Toilet - Ek Prem Katha with Bhumi Pednekar this year. For next year, he's signed a project which will be co-produced by Salman Khan and Karan Johar.