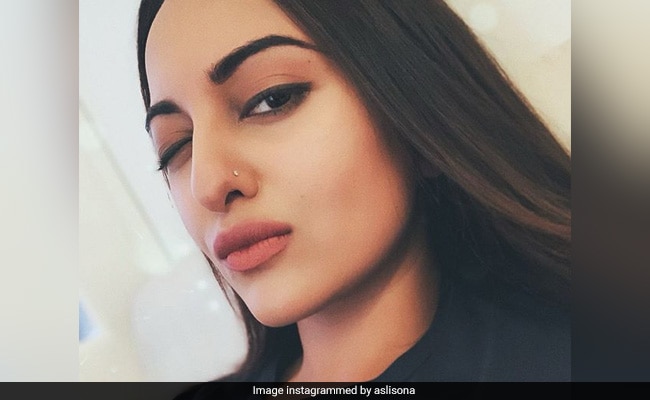 Actress Sonakshi Sinha, who has a reputation for taking down trolls like a boss lady, posted a sarcastic tweet on Tuesday night, calling out netizens who assumed she didn't contribute to coronavirus relief funds. "Minute of silence for trolls who think that just because it wasn't announced, contributions weren't made," read a part of Sonakshi's tweet. She set the record straight that making a public declaration of whether or not she's donated to the relief fund is her choice and that she stands by her decision. "Ab shaant ho jao (now, calm down) and use your time to do some actual good (announcing or not is a personal preference)," she added in her tweet.

Minute of silence for trolls who think that just because it wasn't announced,contributions weren't made.Neki kar dariya mein daal,suna toh hoga?Kuch log actually follow karte hai!Ab shaant ho jao & use ur time 2 do some actual good(announcing or not is a personal preference)

However, Sonakshi's tweet made way for more haters to dig out screenshots of her old tweets pledging donations to other causes. Some users even re-opened Sonakshi's tryst with Ramayan and told her she should rather stay away from Twitter and catch up on the show on Doordarshan. Sonakshi had once incorrectly answered a Ramayan question on Kaun Banega Crorepati. But like Sonakshi once said in her message to trolls: "Nothing to hide, nothing to fear, nothing to stop me". In the past, Sonakshi was also trolled for her forehead but the owner of the forehead in question knew just the response.

Meanwhile, Bollywood biggies including the Khans and the Bachchans were called out on Twitter by a section of the Internet for not pledging donations to Prime Minister Narendra Modi's relief funds (PM-CARES) to fight Covid-19. Soon after, Akshay Kumar was the first celebrity to announce Rs 25 crore donation to Prime Minister's Citizen Assistance and Relief in Emergency Situations Fund. Bollywood stars such as Amitabh Bachchan, Kareena Kapoor, Katrina Kaif, Sara Ali Khan, Vicky Kaushal, Kartik Aaryan, Sunny Deol, Varun Dhawan and others also wrote about making contributions to coronavirus relief funds. Priyanka Chopra, apart from contributing to PM Modi's relief fund for Covid-19, has also donated to UNICEF, Goonj, Doctors Without Borders, No Kid Hungry, and SAG-AFTRA.

Last seen in Dabangg 3, Sonakshi is looking forward to the release of Bhuj: The Pride Of India.