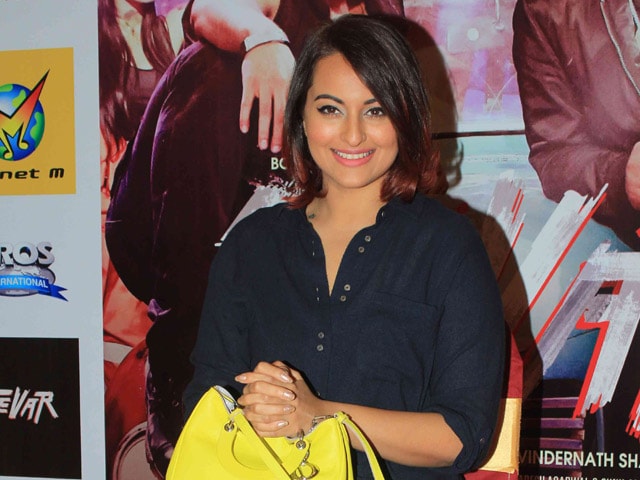 Sonakshi had earlier said that she is ready for performance-oriented films.

New Delhi: Bollywood actress Sonakshi Sinha, who has been a part of various commercial hits, is all set to take the sober route with a biopic on eminent author-poet Amrita Pritam. The actress has done a serious role in Vikramaditya Motwane's Lootera, for which she was critically acclaimed.

Amrita Pritam biopic will be directed by debutante Jasmeet Reen.

Sonakshi, known so far for her bubbly and effervescent characters, is all set to take a serious shot at an intense and real performance. (Also Read: I Am Ready for Performance-Oriented Films , Says Sonakshi Sinha)

A source very close to the actress said, "Though no formal announcement has been made Sonakshi is playing Amrita Pritam. She is very excited about the challenge of playing her first real-life character."

Promoted
Listen to the latest songs, only on JioSaavn.com
"There are many reasons why Sonakshi does commercial films. Firstly, she enjoys them. And secondly, she can't say no to friends who want her in their films. But now she's determined to try her hand at something more serious," the source added.