"I don't blame all the mothers who want their daughters to lose weight," said Sonakshi Sinha 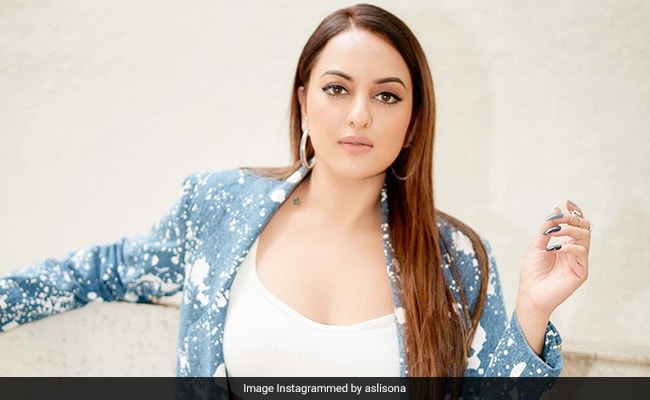 Sonakshi Sinha, who has been extremely vocal about her struggle with body image issues and has often been body shamed by trolls on social media, during a recent interview with Firstpost, said that body shaming begins at home. Sonakshi Sinha said, "Absolutely this conditioning happens when you are a child. I remember my mother telling me constantly to lose weight. And when somebody was constantly saying that to you, the rebellious kid in me would always do the opposite and the day my mother stopped telling me that's when it actually struck me that I need to do something about my weight."

Sonakshi Sinha recently starred in the film Double XL, which showcased the journey of two plus-sized women as they navigated through the unrealistic beauty standards imposed by the society. Sonakshi added, "It does start at home and my mom also realised that after watching the film. I don't blame all the mothers who want their daughters to lose weight because they probably went through the same thing when they were younger and may be their parents were telling them as well."

Sonakshi Sinha made her big Bollywood debut with the 2010 film Dabangg, opposite Salman Khan. She also featured in the other two parts of the Dabangg series alongside Salman Khan.

Sonakshi Sinha has starred in films like Rowdy Rathore, Son Of Sardaar, Dabangg 2, Holiday: A Soldier Is Never Off Duty, Lootera, Once Upon A Time In Mumbai Dobaara, R... Rajkumar, Action Jackson, Kalank, Bhuj: The Pride Of India and Mission Mangal, among others. She was last seen in Double XL with Zaheer Iqbal and Huma Qureshi. She will next be seen in the film Kakuda.