"I place on record that I have tremendous regard and respect for the Valmiki Samaj," said Sonakshi Sinha 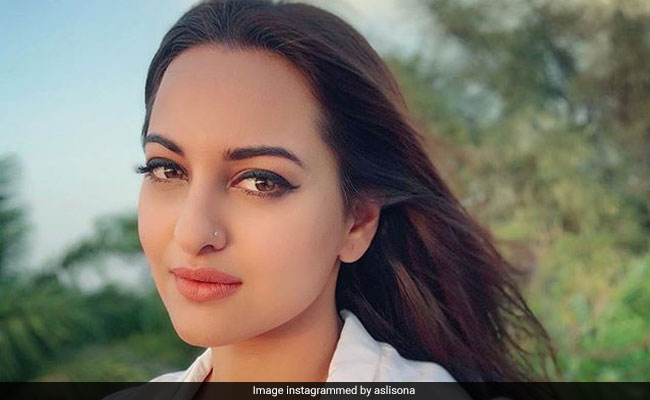 Actress Sonakshi Sinha found herself in the midst of an unfortunate development after she used the word "bhangi" in one of her recent interviews. The Khandaani Shafakhana actress issued an apology on Monday after the Valmiki Samaj held protests against the actress in Uttar Pradesh's Moradabad: "I humbly apologise," read a part of her tweet. On Sunday, news agency ANI reported that members of the Valmiki community, offended by Sonakshi's reference to their community, burnt the actress' effigy in Moradabad. Hours after, Sonakshi said in a statement that her comments were "unintentional" and "un-derogatory" and that she meant no harm to the Valmiki community.

"With reference to an interview I did with Siddharth Kanan on July 23, 2019, I place on record that I have tremendous regard and respect for the Valmiki Samaj and all their valuable contributions to our society and country. If any person or community has been hurt by the usage of any word by me, despite it being unintentional and un-derogatory to anyone, I humbly apologise for the same," read Sonakshi Sinha's statement released in both English and Hindi.

In the said interview with RJ Siddharth Kanan, Sonakshi Sinha was asked about airport looks when she said that she's a fan of casual airport style and that sometimes she's so busy, she doesn't have the time to prep for airport looks. This is the portion of her interview that has been removed from the released video now: "Yeh thodi hai ki purposely ghar jaake, 'bhangi' banke chali jayungi."