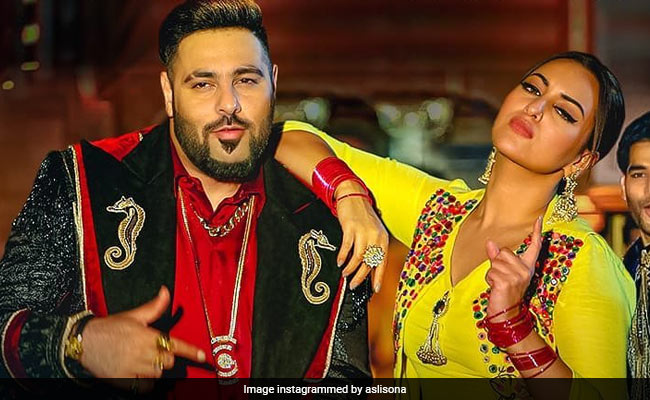 Sonakshi Sinha and Badshah in a still from Khandaani Shafakhana. (Image courtesy: aslisona)

It ventures boldly into thorny, uncharted terrain courting the risk of floundering on the way and turning either too risque; or too chessy, but Khandaani Shafakhana, directed by debutante Shilpi Dasgupta from a screenplay by Gautam Mehra, is an admirably sure-footed, if not dizzyingly scintillating, film. The line that separates drollery and mockery is admittedly thin. No worries on that count here. The witty screenplay, the deft directorial touches and the consistent onscreen performances keep Khandaani Shafakana from straying.

How the film has turned out must redound in large part to the credit of Sonakshi Sinha. She carries the film on her shoulders with impressive composure, in the bargain etching out a character who, notwithstanding the improbable turn of events in her life, never ceases to be believable and completely convincing.

The character-driven, female-centric film looks erectile dysfunction, premature ejaculation and low sperm motility in the eye although the characters, all men, who suffer from these and other sexual disorders are sheepish and secretive about making a clean breast of their problems until a woman who defies gender barriers and chips away at the taboos and inhibitions.

Khandaani Shafakhana resists the lure of cheap thrills. It is neither a comic romp that rests on sexual innuendoes nor a strait-laced, self-conscious treatise on the need to talk openly about male libido misconceptions. 'Baat toh karo' becomes the protagonist's key slogan. But the film doesn't give in to preachy bluster. It does not even have much of a plot save a minor turn here or a mild twist there and yet it never sinks into priggish dullness. Although the film does hit a few pockets of uncertainty towards the end of its runtime of two hours and a bit, especially in the emotional scenes and the courtroom climax, it pulls itself from the brink with the help of a simple trick. It keeps overt earnestness at bay.

Khandaani Shafakhana evades the potential pitfalls in its path with dexterity and comes up with a portrait of a Punjab small town sent into a tizzy by a struggling medical representative who inherits her maternal uncle's sex clinic and decides to give it a go for six months so that she earns the legal right to sell it off and save her home, the outhouse of a bungalow on Hoshiarpur's Una Road.

The brand of humour that Khandaani Shafakhana banks upon is never unduly indecorous although the mirth that the film generates stems primarily from hush-hush and tangential references to sex, or the lack of it, by a pehelwan, a priest, a printing press owner and a swaggering pop star, a quartet of patients who swear by the healing powers of the deceased Hakim Tarachand (Kulbhushan Kharbanda) and are determined to continue the same line of treatment. 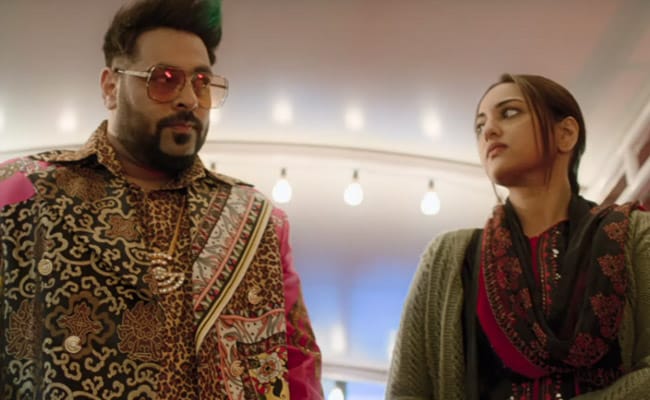 A still from Khandaani Shafakhana.

Khandaani Shafakhana extends a genre that began with Vicky Donor, where the hero's sperm count took centerstage, and continued in Shubh Mangal Saavdhan, which homed in on a sexually impotent protagonist desperate not to let his condition come in the way of his relationship with his wife. But Khandaani Shafakhana is a marked departure from norm in that it places an unmarried woman at the heart of the story. To be sure, it isn't her sex drive or erotic fantasies that the film deals with a la Lipstick Under My Burkha. But the heroine is the one who dispenses the restorative formulations that the men need.

The protagonist, Baby Bedi, a working girl who is her family's sole breadwinner, is repeatedly pushed by an avaricious uncle (Rajiv Gupta) to shell out a hefty amount in order not be rendered homeless. She isn't alone. Her predicament is shared by her mother (Nadira Babbar) and brother Bhooshit (Varun Sharma).

As the challenges mount, life hands Baby a sliver of hope. Her estranged maternal uncle is shot dead in broad daylight by a once-sexually inactive patient who, thanks to the doctor's intervention, turns too libidinous for his own good. A reading of the Unani sex consultant's will reveals that his clinic now belongs to the niece that he doted on. The dead man's lawyer, I M Tagra (Annu Kapoor), reveals a crucial pre-conditional: Baby has to run the sex clinic for six months before the property can be put up for sale. She picks up the gauntlet despite the pressures of patriarchy and prejudice she faces from shopkeepers in the neighbourhood led by her married younger sister's puritanical father-in-law (Hobby Dhaliwal).

Khandaani Shafakhana makes its intentions absolutely clear right at the outset. The film opens twenty years ago with a tacky TV advert about Hakim Tarachand's fertility clinic. The doc finds himself in the dock with the Unani research centre that he is a part of. He loses his membership but does not turn his back on his calling, steadily building a reputation for himself that brings him a steady, committed clientele. The film then jumps forward two decades and into the present-day Bedi household where matters are beginning to spiral out of control.

Baby's late father is evoked several times during the film, especially to drive home the concept of family honour that is so important in a conservative society, but she draws inspiration from her maternal uncle's tenacity as she goes about the task of reviving the clinic and ensuring that its long-time patients continue to be served. Khandaani Shafakhana upends the notions of masculinity perpetrated by Bollywood through the character of a hugely popular rap artiste grappling with a 'secret' disease that he believes could end his career if it were to come out in the open. As almost the entire town turns against Baby, three worthy men - her brother, a lemonade seller who plies his trade in the market where the sex clinic is located (television actor Priyansh Jora in his Bollywood debut) and the lawyer, stand by her.

Sonakshi not only gets into the swing and spirit of the drama with ease, she also contributes to setting the film's tone at the most crucial junctures. She receives great support from both Varun Sharma in the role of the heroine's brother and rapper Badshah, cast in his debut film as a pop star who has case history is hidden in the fertility clinic's dossier. 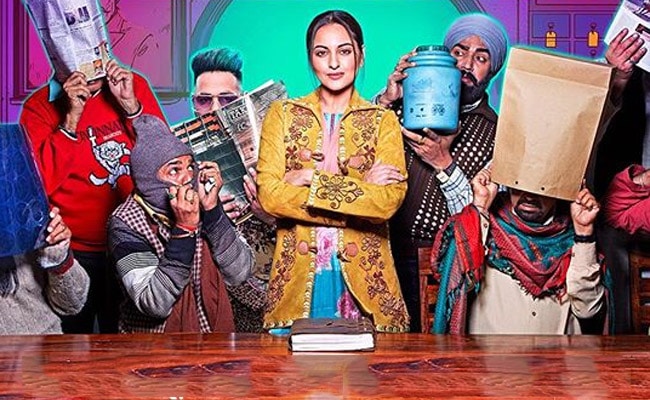 Three other supporting actors - Annu Kapoor, Nadira Babbar and Rajesh Sharma as a jovial judge who, in an alienation device that in a way sums up the tongue-in-cheek nature of the film jokes that his courtroom has turned into a movie set - do their bit to liven up Khandaani Shafakhana.

Watch the film not just for the tricky theme it tackles, but also for the way it does so.