Sonakshi Sinha: I Am Ready for Performance-Oriented Films 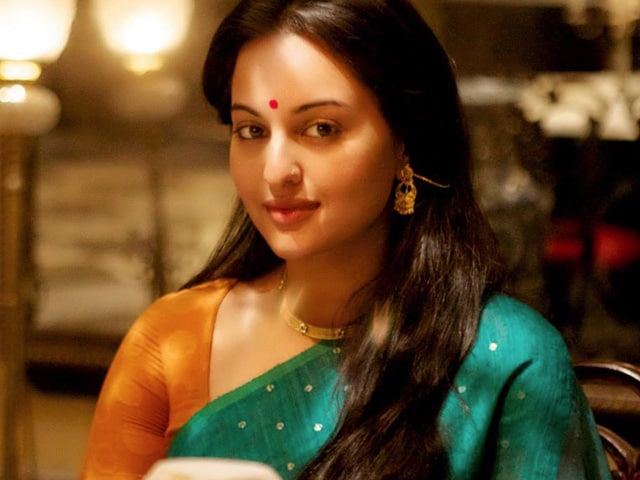 Sonakshi Sinha in a still from Lootera.

Mumbai: After mostly playing the quintessential desi girl in big-budget commercial films, actress Sonakshi Sinha feels it is time for her to do more performance-oriented movies.

The 27-year-old star's filmography boasts of commercial films like Dabangg, Rowdy Rathore, Action Jackson, with an exception of Lootera, an intense love story which got her critical-acclaim.

"I am ready for performance-oriented films. I feel the time has come for me to make the switch. Earlier, I was establishing myself. In 2015, I am doing a film with AR Murugadoss, which is a woman-centric film. It has a great story and I am looking forward to it," Sonakshi told PTI.

The actress, however, feels that doing commercial films was not a conscious decision and it was more because she enjoys such films as a viewer.

"I did mass entertainers because I love watching these films myself. There was no strategy involved in doing commercial movies. People forget that I am still new, it has just been 4 years, though I have done 12 films. There is a lot of time for me to explore myself and do different stuff. In big-budget films too, my performances were appreciated."

Sonakshi is famous for playing the village belle or the small town girl in most of her films but she does not feel stereotyped.

"I have played small town girl in many of my films but I never felt typecast because I think my Indian-ness is my strength. You put me in any state and I will become a part of it. I believe it is my biggest strength," she said.

"I just felt one day that I should do something new with my hair. I know with such short hair I can't play a village belle or a traditional role so I feel people will approach me with a more modern character now," Sonakshi said.

The actress is sharing screen space with actor Arjun Kapoor in her upcoming film Tevar and says the 2 States star was one of her reasons to sign the film. "The film has got a relatable story, it has real characters. I wanted to work with Arjun and Boney uncle. These were my three reasons of doing the film," Sonakshi said.

The young star said that the movie, which is an adaptation of Telugu film Okkadu, and is directed by debutant Amit Sharma was emotionally and physically challenging for her.

"I haven't done a character like this before. I have done a lot of action in this film. I did a little bit in Son of Sardar but in Tevar I have done proper action scenes and they were fun to do," She said.

Promoted
Listen to the latest songs, only on JioSaavn.com
"Our director is someone who taps into the emotions of a person and gets out real emotions as an actor. The film was challenging physically and emotionally but overall it was a wonderful experience," she added.(Also Read: Why Arjun Made a 'Humble Request' to Cast Sonakshi in Tevar)

Tevar, produced by Boney Kapoor, is slated to release on January 9, 2015.